Thankful to have escaped 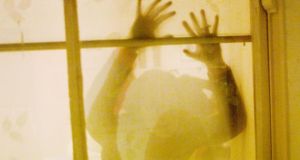 Laura’s story
For the last two years of my marriage my husband never used my name. He only called me “stupid bitch”, “ugly bitch” or just “bitch”.

I met my ex-husband in my late 20s. I was doing very well in my career at the time. I worked in the private sector. I had a big salary, an expense account, I was well travelled. I earned more than he did. He didn’t like that. When we married we moved, and I gave up my job as a result

A few months after we were married he hit me for the first time. He hit me so hard that I fell against a wall and was knocked out. When I came to he had left the house. There was no alcohol involved. It was pure temper, because something wasn’t being done the way he wanted.

I felt so many things: fear, shame, stupidity, terror, panic. I was absolutely ashamed. I didn’t tell anyone in my family. My parents had only just paid for our big wedding. How could I tell them?

He was very good at presenting himself. He was a very good communicator, charming, well dressed. From the outside we looked like we had a great life. We would go away for a sun holiday each summer, go away for weekends, go skiing.

Bit by bit he took away all my confidence. I was always being told how ugly and stupid I was. I wasn’t allowed go anywhere or meet anyone without him knowing. I had to account for every penny that was spent; bank statements and receipts were gone through with a fine-tooth comb. He took all power away from me, and because I had no money of my own I was totally isolated and dependent.

I was always walking on eggshells, because I never knew how he would react next. He rang every night when he went away for work. If I didn’t answer he would ring a neighbour and ask could he come over to the house and get me to call him. Everything was about control.

I’d almost compare it to being a hostage: you do what you can to survive. I no longer had likes or dislikes, or things that made me happy: I just functioned. I had no idea what was happening to me. I knew it wasn’t right, but I had no name for it.

One night he went for me, and took lumps of skin off my face. I got out of the house the next day and went to my parents’ with the children for a fortnight. I have still only told them about 10 per cent of what he did to me. If I hadn’t had the children I would have left then, but you stay, hoping it’ll get better – all this stuff you’re brought up believing by society.

I think, in my case, being middle class made it harder to name what was happening as domestic violence. When I was working I always paid the top rate of tax. Nobody I knew took anything off the State. The only time I was ever in a Garda station was getting a signature for a passport application. This was a different world to me.

I did go back to him. Within a year of returning he had attacked me one morning in front of the children. By then he had been given a letter from my solicitor, saying I wanted to separate. When he got it he reported me to social services, saying I was a bad mother, and an alcoholic, that I had mental illness and couldn’t be trusted with the children.

As a result I had just been interviewed by a social worker, who had told me within 10 minutes I was the victim of domestic violence and had referred me to Domestic Violence Response, so that backfired on him. That morning he couldn’t find something, and he blamed me for losing it. He took me by the throat and lifted me off the floor. He had a bread knife in his hand. I was screaming and terrified.

That day I made a statement to the guards. They said, ‘We shouldn’t be saying this, but if you don’t leave now, you might be killed.’ I spent the night with my parents and children in a hotel, and a protection order was issued.

I believe I would have been killed if I had stayed. I am still terrified of him. He has never let me go. I am six years out of the marriage now, and in the last year he has twice threatened to kill me and put me “six feet under”. Once I was in my driveway, in broad daylight, with my children in the car.

My advice to other women in my situation would be: Please speak to someone. Anyone. You are not alone.

Deirdre’s story
I met my ex-husband through work. I was more senior than him. We were away at a conference, and he came to my room, pretending to ask me something, and he raped me.

I didn’t want to admit what had happened to me, so I ended up going out with him. I was very young, only 20. He was very popular at work, and good looking, and everyone was saying how lucky I was.

I got pregnant very soon after. The abuse got worse after the baby was born. Things like, I’d get up first, but he wouldn’t let me use the en suite, because he wanted it, even though he never got up until I’d finished in the other bathroom.

It sounds so small, but everything was like that all the time. It was all about controlling me. He’d get wet towels and whip me with them until my legs were red raw.

He’d punch me in the back, hit me in the face, and the verbal abuse was endless. When he hit me really badly he’d cry and lie down in a foetal position. I couldn’t believe what was happening to me, let alone feel able to tell anyone else about it, because I couldn’t understand it.

I married him six years into the relationship, because every time he beat me up he said it was because I didn’t love him. I thought if I married him he would change. He didn’t.

I stopped reading papers, and listening to the radio, or doing anything for myself. I was dead inside. I didn’t know what I liked any more. I was afraid to open my mouth. You become desensitised to everything.

All I was able to do was keep my job and try and keep alive. My whole day was ruled by being back in time to pick up the children, and feed them first, because he didn’t want to eat with them, and have dinner ready for him the minute he got back. The atmosphere would change the instant he came in the door.

One evening he had me up against the wall by the throat, screaming abuse at me, and his phone rang. He put me down, took the call, laughed and joked, and when it was over he put me back up against the wall as if nothing had interrupted and told me he could kill me stone dead.

That’s the night I knew I had to leave, but I didn’t know how to, because of the shame, the disgust, the embarrassment. How do you tell people? You don’t know what to say. Domestic violence is so secret, people don’t talk about it.

It was my childminder’s mother who called it as domestic violence. She referred me to Domestic Violence Response. They helped me plan an exit.

He just laughed when I went looking for a divorce. He’d say things like, “When are you going to stop wasting money and doing this? It’s your word against mine. You’re a crazy bitch; you’re a looper: nobody will believe anything you say.”

But I did get out, five years ago, after 14 years, and now I finally sleep at night, although I still always lock the door after me every time I come into the house.

“Laura” and “Deirdre” are pseudonyms

Life after a life sentence: I’m 39 and scared of everyone
6