This retro 2D action game is fun, but immensely challenging 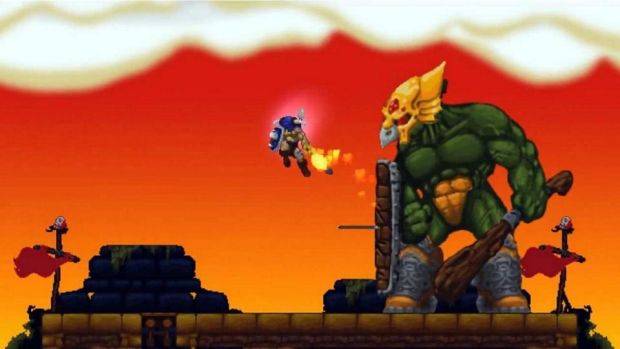 Whether or not games were better in the good old days is debatable. Whether they were more difficult is not. Imagine your character could instantly die by merely touching the enemy. Imagine no save points, so you’d have to play (and painstakingly load) the game from the very start every time your pixel person passed away. And imagine no automatic recovery from injuries when your character takes shelter.

Volgarr the Viking is a deceptively ambitious retro game. It resembles a 16-bit, 2D side-scrolling hack-and-slash title down to the tiniest detail. It also mimics the harsh playing environment from similar, older games such as Golden Axe, Altered Beast, Green Beret and other titles the developers probably played in their youth.

These games were tough in the 1980s and 1990s, largely because save points were harder to build into the software, and frequently to make you pump more coins into the arcade machines. In the case of Volgarr, the difficulty seems to be a creative decision, motivated by nostalgia . . . or sadism.

For starters, the game has harsh collision detection – this hardy Viking loses his armour, or maybe his life, if he so much as brushes shoulders with an enemy. And the save points are rare – sending you back to a level’s beginning when you bite the virtual dust.

But once you make peace with its harshness, Volgarr the Viking is an addictive and sometimes charming retro game. The blocky, colourful graphics are appealing, as are the comical villains, from angry reptile-people to smirking snakes.

Like the recent (and obviously more polished) Dark Souls series, it rewards both intelligence and nimble thumbs. There’s lots of memorising, as you learn the enemies’ movements and the patterns of automated traps.

Volgarr the Viking is ultimately endearing, even when it remains stubbornly precise and unforgiving. Keep a swear jar handy – after a few minutes you’ll have saved enough pennies to cover a month’s rent.