Al Porter could become ‘a real star of Irish radio’ 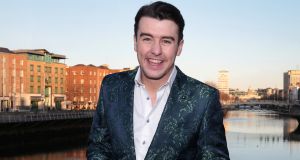 Al Porter: jokes about his annoyance when taxi drivers don’t recognise him but sounds delighted chatting to a Glasnevin chipper about speed-dating in her shop. Photograph: Brian Mcevoy

As he introduces himself on his new afternoon show, the comedian Al Porter (Today FM, weekdays) reveals that his surname is in fact a pseudonym, after Cole Porter. But the more one listens to his programme the more incongruous his choice of inspiration seems, with the radio host displaying little of the witty wordplay associated with the great American songwriter.

If his style evokes any nominal associations it’s with another porter altogether. Like the pint of plain celebrated by Flann O’Brien, the presenter’s sense of humour is earthy, robust and popular, but his appeal can be lost on those of more refined tastes. Listening to Porter can require, well, stout sensibilities.

On Monday Porter asks what Minister for Transport Shane Ross and the heartthrob actor Zac Efron have in common, only to reveal that “neither of them have a tattoo of Roy Keane on their ass” (How can he be so sure?).

Later in the week he talks about Wednesday being the “hump day”, when the worst of the week is over, adding that it’s a more appropriate name for St Valentine’s Day. Oo-er, missus, and so on.

But Porter is not courting a snootily highbrow audience: he sees his slot as primarily a music show, and most of the airtime is eaten up by contemporary pop and rock. Porter also displays a self-aware frankness that lifts him beyond daytime-jock status.

His opening biographical riff draws on his determinedly ordinary Dublin origins, from his fondness for Tallaght pubs to his uncertainty about his brother’s job: “He drives a BMW, so he’s presumably a drug dealer.” Reluctantly conceding that “there’s plenty of people who don’t know who I am”, he outlines his rapid rise as a comedian and panto star (he’s only 24 years old); curiously, he omits his previous radio gig as Colm Hayes’s sidekick on Today FM’s rival station 2FM. He also adds, almost as an afterthought, “I’m one of those lads who date lads.”

Such matter-of-fact moments give the impression of a lightly worn honesty, central to Porter’s on-air persona. His conversational tropes move between ambitious star and authentic Everyman: he jokes of his annoyance when taxi drivers don’t recognise him but sounds delighted chatting to a Glasnevin chipper about speed-dating in her shop.

Most importantly, he shows a talent for wicked comic observation

Perhaps most importantly, he shows a talent for wicked comic observation, as when he complains about sandwiches at funerals having a thumbprint, because “they’re always ‘handmade by Margaret’ ”.

It’s early days, but with his popular instincts, irreverence and enthusiasm, Porter has the potential to become a real star of Irish radio.

Porter’s colleague Matt Cooper, on the other hand, appears an increasingly isolated figure, if only because his show, The Last Word (Today FM, weekdays), seems ever more out of kilter with the rest of his station’s schedule.

With the midmorning chatshows of Ray D’Arcy and his successor Anton Savage now ditched in favour of the zany zoo-radio format of Dermot and Dave, Cooper now helms the only dedicated talk slot on Today FM. The result is that he resembles a middle-aged lecturer hanging out at a student disco.

Cooper’s conventional style adds to this impression. Although he can talk knowledgeably about a wide range of subjects, Cooper still takes the traditional approach of asking questions of his guests reasonably objectively. There is virtually none of the off-the-cuff editorialising that has become the house style on Newstalk, much less any of the breezy chatter of his stablemates.

That the nearest thing to comparable intellectual ballast at Today FM is provided by Ian Dempsey, the affable breakfast presenter, gives some indication of Cooper’s lonely position.

Still, there’s something heartening about the indefatigability with which he sticks to his guns. His interview with the security analyst Tom Clonan about his experience as a whistleblower in the light of the Maurice McCabe affair is particularly striking.

There are times when Cooper seems less in touch

Clonan talks about the appalling smear campaign he endured over his revelations about sexual abuse in the defence forces but is more animated about the ramifications of McCabe’s ordeal, which he says go to the heart of a functioning democracy. “To seek to destroy a man is as dark as it gets. It’s something we associate with repressive regimes,” Clonan says.

There are other times when Cooper seems less in touch, such as his discussion with the columnist Brenda Power about a nightclub ban on teenage girls wearing skimpy dresses. The conversation concentrates on practical parental concerns rather than on any idealistic debate about the obvious right of girls not to be harassed whatever they wear, and frankly is more useful for it.

But it’s still instructive to compare the tut-tutting manner in which Power laments that young girls’ skirts are now “like belts” with Porter’s chuckling use of the same phrase earlier in the day, when lampooning the cliched complaints of scolding parents.

Cooper’s show sounds uptight and out of touch, Porter’s footloose and carefree. The winds at Today FM appear to be blowing in the new presenter’s favour, even if his younger listeners are improperly dressed for the occasion.

Moment of the Week: Snap out of it

If you have a dim view of the media you might have your worst fears confirmed by the disspiriting interview with the paparazzo George Barmby on The Pat Kenny Show (Newstalk, weekdays). Barmby, subject of a recent TV documentary, is upfront about his motivation (money), indifferent to the impact of his photographs on celebrities (it’s part of the job they earn millions for) and random in his ethics: he won’t take candid shots of the “alcoholic, footballer and legend” Paul Gascoigne. But when Kenny asks if his guest is recognised after his TV turn Barmby sounds pained. “It’s a nightmare,” he says, noting that people are now photographing him. He adds that he shouldn’t complain. “Live by the sword, die by the sword.” Talk about cutting irony.

Kesha: ‘If you say the wrong thing now, your career is #cancelled’
4

Justin Bieber: Seasons – No bum. But he does seem terribly bummed out
7 Convert with a lot of convincing yet to do
8