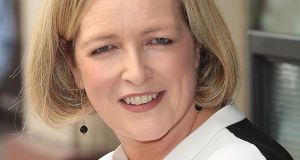 The Irish version of Gogglebox is still bound for TV3 screens – but not until autumn 2016. The show was one of the broadcaster’s big programme announcements in May 2014 but was soon marked absent from its regular publicity updates as the group did some chopping and changing to its schedule plans.

A planned revival of Blind Date hosted by Lucy Kennedy, proposed by former director of content Jeff Ford, was eventually killed off by his replacement, Lynda McQuaid, but Gogglebox is “still very much in our plans”, a spokeswoman says.

The Channel 4 format is a television show featuring people watching television – including shows on rival channels – and is both better than that sounds and more complicated to make.

“Gogglebox needs to sit in the autumn schedule as it’s such a big financial commitment and show. However, casting for such a programme can take up to six months and, for that reason, it now doesn’t look likely to air until autumn 2016,” the spokeswoman says.

TV3’s plans are likely to remain in flux over the next year as its management adjusts to its new owners in the shape of Liberty Global’s UPC Ireland. The sale has been interpreted as a positive for the broadcasting group by many, including incumbent chief executive David McRedmond and analysts at Davy Research, who predict it will result in new content for Irish audiences and therefore serve as a negative for publicly quoted competitor UTV Media plc.

As for Gogglebox, one fan of the Channel 4 original is RTÉ’s managing director of television, Glen Killane, who told The Irish Times last year “everyone in the television business watches Gogglebox”.