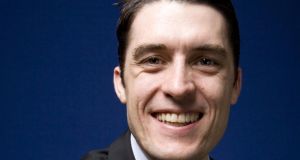 Google is holding an event for more than 150 advertisers and agencies in its Dublin headquarters today in a bid to convince Irish companies that they can become the next Asos – the British online fashion retailer that is smashing sales and profit forecasts.

“We want to share how exciting ecommerce is right now,” said Mr Fitzgerald, a former business development executive at Amazon and a non-executive director of department store Debenhams.

The retail expert will tell attendees how they can improve sales conversion rates, be “clever about being visible on the web” and use Google Analytics tools to identify “spikes of interest” in particular products. He cited Asos as “a great example” of a company that had racked up export sales by taking first-mover advantage in online clothing.

Basic mistakes
Companies are still making basic mistakes such as not having mobile-optimised sites, he said. “Half the top brands in the UK don’t have mobile sites, and that proportion is a lot higher in Ireland.”

British retailers such as electrical chain Dixons that have adopted responsive design – technology intended to give visitors the optimal experience of their sites regardless of which device they are using – are seeing “a lot more conversions,” he added.

Alan Coleman, chief executive of digital advertising specialists Wolfgang Digital, said there were opportunities for Irish companies to push exports in the UK by creating image-based advertising campaigns before British retailers adjust their marketing techniques. “There’s a sweet spot now. If Irish retailers want to go into the UK, this is a good strategy.”

Google’s revenues topped $50 billion last year, 95 per cent of which came from advertising. This gave the 15-year-old tech giant an 8.5 per cent market share of the $557 billion global advertising market in 2012. Mr Coleman said revenue trends suggested Google’s market share could exceed 10 per cent this year.