Why Brussels’ latest tax plan is a threat to Ireland 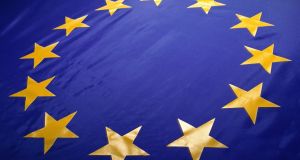 The commission signalled last year that the CCCTB would be relaunched this year.

They love their acronyms in Brussels, and another one is getting a relaunch. The CCCTB, or “common consolidated corporate tax base” is back on the agenda, with the European Commission pushing the concept again.

In outline it is a bit simpler than the horrendous title suggests. It is a single set of rules under which big companies operating in different EU countries would calculate their tax bills. Of course, like everything to do with taxing big corporations, the details are complex.

Why the big long title then?

There are two “bits” to the plan. The first is to agree a “common” set of rules under which companies would be taxed. The second – the “consolidated” bit – would involve big companies making one single payment to settle their EU tax liabilities. The revenue would then be divvied up between countries on an agreed basis.

And the likelihood of it being agreed?

It won’t be quick. The idea was first mooted in 2001 and in 2011 the European Commission came forward with a detailed plan. This did not go anywhere – partly due to opposition from the UK and Ireland.

The commission signalled last year that the CCCTB would be relaunched this year. And here we are. There are many sceptics. According to PWC managing partner, Feargal O’Rourke: “ In Europe, a bad idea rarely goes away. CCCTB is such an idea. It’s bad for business, bad for competitiveness and bad for Ireland.”

However Brian Keegan, head of tax at Chartered Accontants Ireland, who met the responsible commissioner Pierre Muscovici on Tuesday, said that while the method of getting to a common tax base may have changed - partly in response to Irish objections to the original plan - the determination by the Commission to push ahead with the plan was strong.

Why do we oppose it?

It won’t affect the 12.5 per cent corporation tax rate.

But the danger for Ireland is that it starts to move the actual base of taxable profits away from us. At the moment a lot of corporate income is taxable in Ireland, because this is where many US companies have their European headquarters, even if companies arrange their affairs so the effective tax rate is often very low.

If CCCTB came in, then more tax would be payable where goods and services are sold, which is typically in the bigger EU markets and less where companies have their big operations.

So while Ireland would retain its 12.5 per cent rate, the risk is that there would be less taxable income in Ireland for this rate to apply to.

So with Brexit, will we be on our own opposing it?

According to O’Rourke of PWC: “The absence of the UK from this discussion is not helpful to Ireland but there are other countries that also view these proposals with some scepticism, so we don’t have to make all the running.”Denmark, Malta and Estonia also have serious reservations. and other countries.

And the commission’s tactics?

The commission first wants agreement on how a common base would be calculated, before moving to the consolidated element under which companies would make one return. It is also trying to co-ordinate this with OECD moves to stop companies avoiding tax by aggressive use of transfer pricing – shifting profits within companies – and by effectively playing off the differences between one tax regime and another.

1 Aldi empire wracked by family feud
2 EY Entrepreneur of the Year awards: meet four industry finalists
3 Will PTSB be Ulster Bank’s knight in shining armour?
4 Volkswagen close to selling its Bugatti supercar brand
5 ‘I just thought it sounded exciting and different’
6 How Ireland managed to green the White House
7 The iceberg theory of work-related accidents
8 Fortnite billionaire in Epic battle with Apple and Google
9 Hard work, drive and energy key to making it in business
10 Guru of the business turnaround
Real news has value SUBSCRIBE