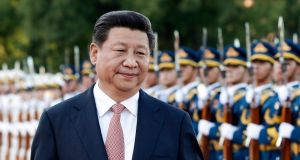 The leading European business lobby group, the European Union Chamber of Commerce in China, has called on Beijing to speed up the process of economic reform to improve the worsening investment climate.

In a position paper, the chamber said Beijing’s tough competition policy was souring the climate for overseas investment, and urged the government to do more to implement the reform plan outlined by President Xi Jinping when he took over two years ago.

Foreign direct investment (FDI) inflows for the period from January to July fell for the first time in 17 months in August, although Chinese officials insisted this was not connected to the antitrust probes.

China has enough firepower to create sustained medium-levels of growth for many years to come if sustainable drivers based around services, value-added, innovation and efficiency are fostered now, Wuttke said.

“As it is industry that ultimately produces these drivers, the solution must lie within the creation of a business environment that cultivates advanced, adroit and creative outputs. This is only possible within a properly functioning market economy,” he said.

In the past few months, China has held antitrust investigations into Microsoft, Starbucks, GlaxoSmithKline, Apple, McDonald’s, New Zealand dairy giant Fonterra and many others as Beijing tries to enforce the anti-monopoly law China enacted in 2008.

It allows the government to impose fines of as much as 10 per cent of a company’s annual revenue. Companies that co-operate can get lighter penalties.

Chinese authorities say the law is applied equally to both domestic and foreign firms, with the aim of protecting consumers, but investigations have prompted many foreign business lobby groups to express alarm about enforcement of antitrust rules, alleging unfair treatment and strong-arm tactics by regulators.

“The problem with the recent cases is that they are so untransparent that it leaves a lot of speculation about the possible intention,” said Wuttke. “We have yet to see if it has an impact on business investment but certainly the mood sours.”

The Washington-based US Chamber of Commerce has said that China’s actions could be in breach of World Trade Organisation rules.

In a report, it said China was trying to boost domestic firms through industrial policy embedded in its anti-monopoly enforcement.

The car sector has been a particular focus for the antitrust investigations. The antitrust regulator, the National Development and Reform Commission (NDRC), launched a wide-ranging investigation into the auto industry following domestic media complaints that foreign carmakers were overcharging Chinese customers for vehicles and spare parts.

A report in July by the Insurance Association of China and China Auto Maintenance & Repair Association found that replacing all the components of a Mercedes C-class sedan can cost 12 times the price of a new car.

Since then, Lexus, Mercedes and BMW have all announced lower component prices.

In the position paper, the EU chamber urged the government to allow more competition for the vehicle after-care service, saying the current rules were the “key driver” of the monopoly situation.

The EU chamber said China’s policies means car manufacturers cannot supply parts to the independent after-market, but must distribute them through their own authorised dealerships, which has resulted in an “an excessively high repair part price”.

The curbs mean buyers have to use the dealerships, which charge a big premium, or are forced to choose pirate products.