University says process was fully in accordance with the college statutes 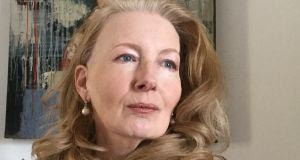 Prof Sarah Alyn-Stacey claims she was unfairly disqualified from running in the election to be Trinity’s next provost following her track-record of criticism of the management of the university.

A Trinity College Dublin professor who has been critical of university management claims she was unfairly disqualified from running in the election to be the next provost.

Prof Sarah Alyn-Stacey said she was excluded from the shortlist of three final candidates to stand for the election after an interview process which gave college HR staff a “crucial role” in selecting who will be elected as the next Provost.

An all-female shortlist of three senior academics was announced earlier this month which includes Linda Doyle, dean of research; Linda Hogan, a theologian and former vice-provost; and Jane Ohlmeyer, a high-profile historian.

The university’s 800 full-time academic staff are eligible to vote in the election which takes place on April 7th.

Prof Alyn-Stacey said she decided to put her name forward for the provostship due to her experience of college governance and her aim to reverse the “managerialist direction” which has shaped the college over the last two decades.

Prof Alyn-Stacey said a decision by an interview committee not to allow her name to go forward to a shortlist used a set of criteria that were not set out in college statutes.

She says a prima facie test for eligibility was not adhered to and a non-mandated test, provided by HR, was used instead. This test, he says, was geared towards a “particular managerialist profile” which had not been approved by university board.

An appeals committee, however, found that the procedures applied were fair and in accordance with the statutes.

This decision was upheld by the college’s Visitors – an internal judicial body – who are Trinity chancellor Dr Mary McAleese and Mr Justice George Birmingham.

The Visitors did, however, find that the interests of the electorate and Prof Alyn-Stacey been affected by the decision to disqualify her.

Prof Alyn-Stacey said she was calling on the college’s fellows to support the removal of the interview from the election process.

“We must leave the election fairly and plainly in the hands of the electorate as befits a university of our ancient standing and liberal traditions,” she said.

“We must trust to and respect the intelligence and independent spirit of its academic staff and students to elect the provost they want, free of unmandated managerialist intervention.”

In a statement to The Irish Times, Trinity’s registrar, Dr Brendan Tangney, said three out of six applicants interviewed had been deemed eligible to proceed to the election.

“While we do not comment on any individual application for privacy and data protection reasons, we can say that one of the unsuccessful applicants appealed the decision of the interview committee,” he said.

“That appeal was rejected by both the appeals committee and, subsequently, by the Visitors, both finding that the interview committee conducted the process in accordance with the college statutes, which requires candidates to possess significant academic standing and evidence of management capacity and leadership skills.”

The interview committee consisted of three fellows of the college, an external member – an academic vice-chancellor of a UK university – and a student representative.

Dr Tangney said the interview committee was supported in its work by Trinity’s professional HR staff.

“HR staff did not have a vote in decisions. The decision of the interview committee was unanimous,” he said.

Prof Alyn-Stacey said the interview committee found that while she possessed significant academic standing, it was not of the opinion that she satisfied the criteria for evidence of management capacity and leadership skills.

However, she said it was “difficult to see” how it came to this decision given her governance and management experience on the college board, council, standing committee of fellows and various other college committees.

On Sunday, a university staff trade union criticised the “undemocratic decision” to not allow a declared candidate to proceed in the election.

The Irish Federation of University Teachers (IFUT) said “the decision should have been left to the electorate, which is the academic staff of the college”.

“It is IFUT’s considered view that, provided a potential candidate is an eligible voter and has academic standing, both manifestly true in the case in question, then that candidate must be allowed to go before the electorate.

“Seeking to select [candidates to contest], or prevent valid candidates from contesting, the election directly affects that individual’s interests and, where denied, adversely affects the candidate’s interests.”

The union said the college’s approach to the issue required urgent review.

Where is the plan for outdoor living in Dublin this summer?