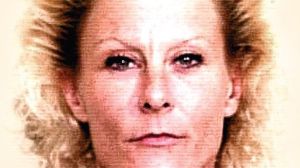 It’s not uncommon to hear phrases such as “stranger than fiction” or “couldn’t make it up” bandied around in relation to documentary. But set against the oddest headline, Jihad Jane makes for a head-spinning story.

On March 9th, 2010, US authorities announced terrorism charges against Colleen LaRose, a blonde, white American woman, radicalised in rural Pennsylvania, who called herself Jihad Jane. The story made international headlines, not least in America, where she was proclaimed the new face of terror. It got weirder. LaRose (50), who had been a carer to her elderly mother and her partner’s elderly father, had somehow wound up in Waterford as part of a terrorist cell conspiracy that involved a Colorado woman named Jamie Paulin Ramirez and a Maryland teenager with Asperger’s named Mohammed Hassan Khalid.

Living in a bedsit over an Irish Chinese restaurant , LaRose soon got frustrated and reached out to the authorities , thereby igniting a massive global investigation.

That, however, is merely the jumping off point for Ciarán Cassidy’s fascinating documentary, as it touches down on the strange intersection of the dark web, alienation, and the grey area between free speech and hate speech.

Despite much of the material concerning internet searches in lonely rooms, cinematographer Ross McDonnell finds space for impressive and snowy Colorado tableaux. Working with editor John Murphy, Cassidy has fashioned a respectful, compelling portrait of LaRose, her lawyers and her family, where others might have heightened the absurdity of a former jihadist now turned Trump supporter. LaRose makes for great company, regardless of her views and a horrifying childhood.

She emerges from prison after serving almost five years for terrorism-related offences cradling an armful of hand-knit stuffed animals. The film leaves you wondering what she might have been in kinder circumstances.