Cork footballers are on the cusp of a breakthrough 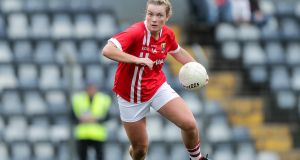 Living in Millstreet, about five miles from the Kerry border, it’s not easy to accept that losing in men’s football, especially in Munster championship matches against Kerry, should be taken as a given.

Even from within my own county I hear hurling fans repeatedly tell me how their beloved team is clutched close to our wonderful bosom. When I protest the footballers are, freakishly, the third most successful team in the country since 2009 I get looks suggesting that this one has lost the plot.

Granted, most of my arrogance came from the swagger and confidence exuded by the ladies footballers. As the Americans would say – sorry peevish grammar heads – we had the most winningest team for the bones of a decade right on our doorstep. From the Juliet Murphys to the Geraldine O’ Flynns to the Valerie Mulcahys, up and down the breadth of the country, there was a kind of guarantee that the South Mall would always have a victory parade.

Going to both men and women’s games with my father, the expectation was the men would probably leave you down while the women would pick you up, comforting you with one hand while raising the Brendan Martin/O’Duffy cup with the other. The best part? We were better than Kerry at some things. Yes, those Kerry flags all along the border creeping in were definitely breaking some land laws, but we had extra silverware keeping us tight.

That success didn’t come from nowhere.

Slowly but surely, some of the rewards are creeping through

Everyone who has read Mary White’s incredible book Relentless, documenting the rise of Cork ladies football, knows that that success came around after numerous crazy years and many a county board meeting where fingers were pointed and blame thrown around. God knows, if it wasn’t for Rockchapel woman Mary Collins and Elaine Harte and a player survey in 2003, things might not have turned out the way they did.

These plans, agreed in various hotels, buses and meetings, put in place a successful pathway. Not only was a pathway put in place for club levels, but county underage, senior, junior and other teams were due a badly needed – and long overdue – shake-up.

Between 2005 and 2016, Cork won 11 All-Ireland titles, 10 National League titles and 11 Munster titles, with numerous underage teams flourishing to keep the success going, alongside the club championship which threw up multiple All-Ireland contenders and eventual winners.

Bear in mind that ladies football wasn’t the marketable vehicle that it is now, so a lot of this did go under the radar. But this kind of action was one of the first of its kind and set a template for future teams. Dublin’s men had the infamous Blue Wave, which has resulted in astronomical stats and headlines, with the crux being five All-Irelands in a row.

Once again on Leeside, another plan was revealed, albeit with the backdrop of enormous debt and a gaping financial hole that is Páirc uí Chaoímh. Tracey Kennedy, current Cork GAA chairperson, stood up and said she was going to bring back Corkness. While a lot of GAA fans sniggered and mocked, the rewards are now starting to come.

Slowly but surely, some of the rewards are creeping through. With successful underage teams, which catapulted the likes of the Hurley brothers, Sean Powter, Killian O’Hanlon, Colm O’Callaghan and many more, succeeding or verging on the fine margins of success, under the right stewardship and guidance, not just in management, but board level too, we are on the cusp of a breakthrough.

Last weekend brought out an unprecedented level of Corkness. While the camogie team had a minor blip against a relentless Galway side, despite already being through to the All Ireland quarter-finals, the ladies footballers ground out an impressive win over a dogged Kerry.

Saoirse Noonan, dual star for Cork footballers and Cork City, trended on Twitter after making two highlight reels. Not only did she score the defining goal of the game, then we saw her soccer-style dribble the ball past numerous Kerry players in the dying seconds of the incredibly close group stage game, only to pick it up and point it, killing off the game. The second highlight reel was as a Cork City player where her two goals saw off Treaty United in the FAI Cup semi-final.

And then, the mother of all miracles. It was Christmas, Jesus Christ rising on Easter Sunday and the moving statue of Ballinspittle all rolled into one, as Mark Keane held out his arms as Luke Connolly’s shot miraculously dropped from the heavens to score a miracle goal, 37 years after Tadhg Murphy’s goal.

Corkness may only continue for a limited time, but it’s safe to say those who were laughed at throughout the years with their plans can walk with an extra pep in their step.