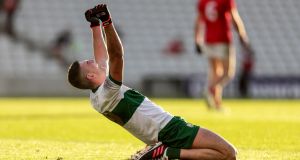 Dublin, Mayo, Cavan and Tipperary - there is your line-up for the 2020 All-Ireland SFC semi-finals, following a day to go down in history. Tipp will play Mayo in the last four after they ended an 85-year wait to be crowned Munster champions for the 10th time yesterday, as they stunned Cork 0-17 to 0-14 at Páirc Uí Chaoimh. And this morning Malachy Clerkin has paid tribute to their triumph in the face of adversity: “Every kind of wind imaginable was against them - and will continue to be against them. Cork and Kerry will still be around in 2021 and beyond. So will Tipperary hurling. Happy and all as people will be at such a heart-warming tale, the continued success of the Tipperary footballers is in the interests of none of those three interested parties.” Meanwhile a day for the underdog continued as Cavan ended a 23-year wait of their own to secure the Ulster title thanks to a 1-13 to 0-12 win over hot favourites Donegal in Armagh. As Malachy Clerkin writes: “A Tipperary team with All-Ireland underage pedigree beating a coming Cork team is far-fetched but it’s within reality’s realm. Cavan taking down Donegal a couple of hours later, after so many years of empty campaigns - well that’s just outlandish in the extreme.”

Liverpool made light of a number of injuries yesterday to easily beat Leicester City 3-0 at Anfield and move up to second in the Premier League table, behind Tottenham on goal difference. Spurs now look genuine title contenders following Saturday’s 2-0 win over Manchester City, and in his column this morning Ken Early has suggested the tables have turned between old rivals Jose Mourinho and Pep Guardiola. He writes: “Mourinho returning from apparent irrelevance to win the league with Spurs would seem more like a wrestling storyline than a football one, but by now we surely know better than to rule it out.” Elsewhere yesterday Arsenal hung on at Elland Road for a goalless draw with Leeds, after Nicolas Pepe was shown a straight red card for violent conduct during the second-half. In the day’s early kick-off Everton were 3-2 winners over luckless Fulham while West Ham won 1-0 at Bramall Lane to ensure Sheffield United’s wait for a win this season goes on. Tonight Burnley play Crystal Palace at Turf Moor (5.30pm) before Wolves take on Southampton (8pm).