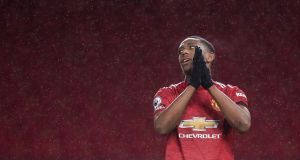 United host Basaksehir on Tuesday knowing a second defeat will leave them in a precarious position in Group H with only six points after four matches.

In the 2-1 loss in Istanbul Demba Ba was left unmarked near the halfway line at a United corner and when the ball broke, the striker ran clear to score. Basaksehir second goal also derived from poor play when Juan Mata was dispossessed and slipshod marking allowed Edin Visca to score.

Solskjaer said United had tried to learn from the defeat.

“You know when you go away to Turkey and the Turkish champions that’s going to be a difficult game anyway. But the level of concentration needs to be better, we know that the two goals we conceded were on bad breakaways and there were one or two other moments where we caused our own problems with our organisation when we had the ball.

“We need to be more disciplined in our positioning, because any lack of concentration and they will be off and running. The first goal was the worst goal to concede, the second a counterattack.

“We started well with two wins but we were disappointed to lose in the last game. We need at least 10 points to go through, maybe it’s even likely that you have to have 12 points, so we’re going to go into this game trying to win it well with a good performance.”

Anthony Martial scored United’s goal in Turkey – one of only two in nine appearances this term, the other also in the same competition. Last season the centre-forward returned a career-high 23 goals, including 17 in the Premier League, six behind the Golden Boot winner, Leicester’s Jamie Vardy.

Solskjaer believes Martial can become a 20-plus goals striker in a season.

“Anthony last season showed he made big strides,” he said.

“Now it’s time for him to make even bigger strides, to develop more. He scored 23 goals last season, which was a big return. Every season is a challenge and you cannot rest on your laurels at Manchester United – there are demands on every position.

“Anthony against Portugal [for France] we saw his qualities as a centre-forward, getting into positions [to score]. Patricio made a few good saves and this might have affected Anthony’s confidence. It’s about him getting chances and his conversion rate has always been good. At the moment keepers have made good saves against him.”

Paul Pogba may have recovered after missing Saturday’s 1-0 win over West Brom owing to a problem picked up on international duty.

“We hope he’s going to be available,” Solskjaer said. “He trained Monday morning. Let’s see if there’s any reaction when we report for the game on Tuesday.”

Luke Shaw could still be out for weeks with a hamstring injury that happened before the international fortnight.

“You can’t risk anything and he’s not trained with us [yet],” Solskjaer said.