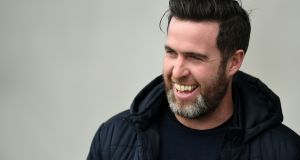 Shamrock Rovers boss Stephen Bradley has dismissed the notion that all his team was really missing last season was a high-scoring striker. The Dubliner pointed to his side’s inconsistency as the most important thing to put right if they are going to be serious title contenders this season.

“It’s a lot more than one man scoring goals. It’s about being consistent over the course of a season. The team that won it was the best team over the season. They were consistent.”

Bradley says there will be no further signings in this window and he is happy with what he has ahead of this evening’s visit of Derry City.

Both teams have three points but Rovers got theirs in more dramatic fashion, Aaron Greene scoring his first goal for the club in the game at Waterford before the visitors grabbed the extra two points with an injury-time winner that was originally credited to Ethan Boyle before newly signed Austrian striker Orhan Vojic claimed it.

Midfielder Jack Byrne said he was pleased with the way his first competitive game for the club had gone, saying: “If we approach every game like we did down in Waterford, we should do well. But if we turn our noses up against some of the smaller teams who we think we have the right to beat, then we’re not going to get anywhere.”

The new south stand at Tallaght stadium will be used for the first time at this evening’s game.

Derry City manager Declan Devine’s only concern ahead of the game is Darren Cole.

Rest of the action

Dundalk head to Ballybofey to play Finn Harps without Robbie Benson or Pat McEleney, both of whom sustained serious injuries last week. Jamie McGrath is nearing a return but the club has signed Scottish midfielder Joe McKee on loan until the summer, and he may make the bench if his international clearance goes through. The hosts are again without Mark Timlin and Harry Ascroft.

Ali Reghba is back at Bohemians after his move to Leicester City was deferred until the summer, and the Dubliners made the short journey to Belfield, where their hosts will be without Evan Osam, Paul Doyle and Conor Davis.

Cork are without Matthew Gillam and have doubts about Gearóid Morrissey, Karl Sheppard and Shane Griffin as they host a full-strength Waterford side and Sligo Rovers must wait on Ronan Murray (ankle) and David Cawley ahead of their home game with Liam Buckley’s former side, St Patrick’s Athletic.

As the first division gets under way, promotion favourites Shelbourne are in Galway, where Ian Morris will be hoping that his side can hit the ground running. The Dubliners have continued to add to players in recent days, with midfielder Daniel McKenna and goalkeeper Colin McCabe both signing.