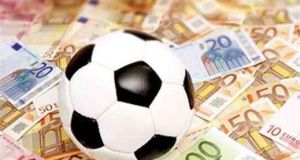 Ahtlone Town are being investigated for three of their games this season.

As the FAI investigation continues into Athlone Town’s recent defeat by Longford Town and two other games, believed to be the defeats by UCD and Cobh Ramblers earlier in the season, a supporters group has called for the club’s board to resign.

Meanwhile a Romanian sports newspaper has suggested that the League of Ireland side is just one of half a dozen across Europe and beyond in which the Chinese agent, Xiadong “Eric” Mao has invested.

In its statement, issued on Monday evening, the Athlone Town Consortium, a group of supporters which has previously sought to take over the club, suggested that recent events involving the club have made the current board’s position untenable.

Citing the problems that existed at the club even before the allegations of match-fixing last week: the repeated changes of coaching staff, the refusal of certain club officials or staff to engage with supporters or the media and the dispute between the club and the committee which controls its stadium, the committee claims that that the board should go. It says that it regards the betting investigation by the FAI, on behalf of Uefa, as the final straw.

“In light of this latest negative publicity for Athlone Town AFC, we now once again state our belief that the present committee no longer has the mandate or the support of the football community of Athlone to continue to administer the affairs of the club,” reads a portion of the statement which is signed by eight individuals, a number of whom have previously been involved with the club.

“We are growing increasingly concerned about the future for our club and once again call on the current committee to stand down immediately for the good of Athlone Town AFC.”

On Sunday evening the club itself issued an open letter in which it made clear it believes the FAI must shoulder a portion of the blame in the event that any wrongdoing is identified.

“If any of the allegations are upheld it is not just the club and its supporters, but also the FAI and football itself that will have been duped,” it was stated.

“Indeed the FAI has received all documents pertaining to the investor agreement. That arrangement was discussed at a number of meetings with, and ratified by, the FAI.”

It is looking increasingly difficult to see how that did happen although the association has suggested that it always had its suspicions and it is is believed that Abbotstown was receiving weekly updates from Uefa on whether there had been any suspicious activity around the games.

Still, the links between a number of the personnel who came to the club at the behest of the investors, ostensibly a Portuguese consortium representatives of which league director Fran Gavin told the media he had met, and Club Atletico de Portugal, which was also the subject of a Uefa investigation into betting fraud, must have raised suspicions.

Moreover, Atletico was owned during the period in question by a Hong Kong registered company Amping Football Club Ltd with which Mao is associated.

And in what was billed yesterday as the first part of a series, Romanian sports daily Gazeta Sporturilor linked Amping, and Mao, to the ownership of clubs in Latvia, Estonia and Romania. It had previously owned one, Beijing Glory, in China.

Mao is said to have become involved with the Romanian one, FC Clinceni, last year. In the months that followed, the paper suggests, the manager was sacked and a senior club official went to the Romanian FA’s Integrity Unit making allegations that eventually led to another official being fined and banned.

In relation to Athlone and the Longford game, the paper quotes Athlone’s Romanian player Dragos Sfrijan, whose role in the third goal was highlighted in the Uefa document sent to the FAI, as saying: “I’ve done my best game since I came here. I gave it my all. It’s incredible to suspect me. I got injured, I had to go to hospital after the game. It would be good to open an investigation to see whether or not I did something.”