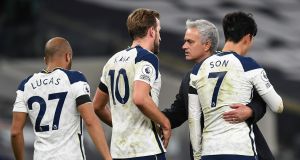 It’s hard to imagine Pep Guardiola ever having what Antonio Conte sarcastically referred to as “a Mourinho season”, in reference to the 2015-16 campaign at Chelsea, when the then champions lost eight of their first 15 games and Jose Mourinho was sacked before Christmas.

Guardiola just doesn’t have what it takes: he is cold and passive-aggressive where Mourinho is histrionic, he lacks the dramatic flair to star in a meltdown that spectacular.