Some are injured, some simply excluded – either way we won’t be seeing them in France 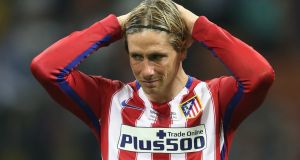 After losing the Champions League final to Real Madrid at the weekend, Fernando Torres was also excluded from the Spain squad for Euro 2016. Photo: Getty Images 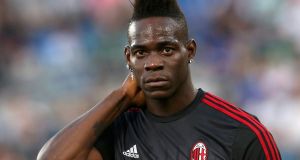 Unsurprisingly Mario Balotelli was left out of the Italy squad. Photo: Reuters 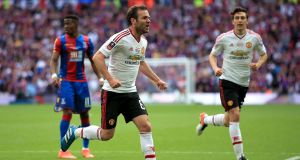 After winning the FA Cup with Manchester United, Juan Mata was left out of the Spain squad. Photo: Getty Images

The Manchester City defender endured an injury plagued season which ultimately cost his team as his absence was glaring. After returning to full fitness for the crucial last period of the season, Kompany suffered a heartbreaking thigh injury early in the Champions League semi-final second leg clash with Real Madrid. The injury saw him forced off and will sideline the 30-year-old for four months, meaning he misses out on the Belgian squad for France. However he has managed to pick up some work for the summer as he joins the BBC panel for the tournament.

Although he has struggled with injuries recently, Reus still played 43 games for Borussia Dortmund this season and netted 23 goals. However after failing to recover from a groin injury in sufficient time, the 27-year-old was, somewhat surprisingly, left out of the German squad by Joachim Low.What made the omission even more cruel was the fact that it came on Reus’s 27th birthday and just hours after the German FA had wished him many happy returns on Twitter. Harsh.

Another Dortmund player to miss out on the German squad through injury, Gundogan may suffer the double blow of his dislocated kneecap also scuppering his expected move to Manchester City. The 25-year-old midfielder suffered the injury in training for Dortmund last month and looks set for a lengthy spell on the sidelines. Thankfully for Low, Bastian Schweinsteiger has been passed fit to play in France, meaning he can partner Toni Kroos in midfield.

Although Marchisio’s injury is ultimately good news for Ireland, it is heartbreaking for the Italian midfielder who suffered the footballer’s worst nightmare injury in April when he ruptured his knee ligaments. The 30-year-old played a key part in Juventus’s capturing of a fifth consecutive Serie A title and will be a major miss in the centre of an Italian midfield which looks a little threadbare.

While most of the players listed have missed out through injury, Benzema was excluded from Didier Deschamps France squad for more controversial reasons. The Real Madrid striker was questioned by police last November in connection with an alleged blackmail attempt against France team-mate Mathieu Valbuena, over a sex tape reportedly showing Valbuena and his partner. Valbuena has also been left out of the squad with the French Football Federation expressing concerns about the risk of reintegrating either player into the squad. The saga took an even uglier twist after Deschamps confirmed his 23-man squad, with Benzema telling Spanish newspaper Marca that the France manager “bowed to pressure from a racist French party” in deciding not to select him, referencing the recent electoral success of France’s far-right National Front. Benzema is originally of Algerian descent and his comments echo those of Eric Cantona who last week claimed that the Real Madrid striker, as well as Hatem Ben Arfa, had both been left out of the squad on ethnic grounds. So, France go to a major tournament in the middle of a storm of controversy. Who would have guessed it?

After all of that it’s a relief that Benzema’s Real Madrid team mate misses out simply because of injury. The 23-year-old centre half suffered a hamstring injury during training for his club ahead of the Champions League final. The strain rules him out for four weeks and leaves Deschamps defence looking like the weakest part of his squad with Laurent Koscielny and Eliaquim Mangala set to make up the central defensive partnership.

Spain’s embarassment of riches in the attacking midfield department means that some top quality players will have to miss out and, this time around, it’s Mata who has paid the price. The 28-year-old has had an up-and-down season in a very up-and-down Manchester United side and now looks to face a summer of uncertainty with reports suggesting that Jose Mourinho is set to ship the former Chelsea man out of Manchester.

Another Spanish attacking midfielder. Another Spanish absentee. Vicente del Bosque’s omission of Cazorla is altogether more understandable however as the Arsenal man missed a large chunk of the season through injury. However, the 31-year-old did play in seven of Spain’s 10 qualifying matches for the Euros, picking up two goals along the way. However, del Bosque has decided to opt for David Silva and Cesc Fabregas in the playmaker position instead.

Out of all the exclusions from the Spanish squad, 22-year-old Alcacer can probably feel the most hard done by. That’s because the Valencia striker was Spain’s top scorer in qualifying, netting five goals in the eight games he played. He also scored 15 times for Valencia over the season and will be very disappointed to miss out on a place behind Celta Vigo’s Nolito who only made two appearances in qualifying. And, as if that wasn’t enough to rub salt into the wounds, del Bosque has also selected the uncapped Lucas Vazquez to go to France ahead of Alcacer.

At this stage this list could simply be called “The Spanish players we won’t see at Euro 2016”, but such is their wealth of talent that such a high number of top quality players have to be left behind. Costa has never exactly covered himself in glory in a Spain shirt though. Indeed at the 2014 World Cup much of the Spanish problem was trying to accommodate him into a system that simply does not fit the Chelsea striker. A poor season in a turbulent Chelsea team also made del Bosque’s decision a lot easier.

The exclusion of Torres, behind such inexperience as Nolito, Vazquez and Alvaro Morata, is just as surprising as that of Alcacer. Especially given the fact that the former Liverpool striker has seen a resurgence in his career since moving back to Atletico Madrid where he helped Diego Simeone’s side to the Champions League final. Del Bosque is obviously very wary of the “past it” tag that was laid on Spain at the last World Cup, opting for the inexperience of youth ahead of 30-somethings such as Torres and Cazorla.

The 21-year-old’s absence has been known for quite a while now after he suffered a knee ligament injury against Manchester United in February. However, he will be missed by a France side which look shaky defensively, especially as they are now also without Raphael Varane. While Zouma is still very inexperienced at international level he has shown his class at Chelsea and plays like a man well beyond his years.

Another exclusion for reasons more controversial than an injury, Lovren won’t travel to France after a falling out with Croatia manager Ante Cacic. The Liverpool defender made just one qualifying appearance for his country with Cacic saying “Playing in the national team requires good form and total commitment at club and international level. We want to keep a sound atmosphere in the dressing room. I haven’t closed the door on Lovren for good, he can return one day if he realises that he has to be a team player.”

Belgium are certainly not short on midfield options and, after a disappointing season in a disappointing Everton side, it’s unsurprising that Mirallas was the one left behind. The 28-year-old can be brilliant at times, but usually those times are only when Everton themselves are good. When the going gets tough Mirallas doesn’t usually get going. That’s not a trait you want to take into a major tournament.

The enigma continues to roll on. After propelling Italy to the final of Euro 2012, Balotelli was left out completely from this year’s squad after scoring just one goal in 20 appearances during his loan move to AC Milan. Since the arrival of Antonio Conte in 2014 Balotelli has only been called up to the Italy squad once. It’s clear that he and the Chelsea manager to be don’t exactly see eye-to-eye. Mario Balotelli not getting on with a manager? How surprising.

Carrick’s continuing exclusion from England teams is confusing to say the least given what he still offers to Manchester United. Although now 34 years of age his range of passing is exquisite and, after signing a new deal with United yesterday, he still feels he has a lot to offer. Hodgson’s baffling selection of Jack Wilshere – despite the fact that he’s been injured for much of the season – might have been better used on Carrick.

1 Rory McIlroy: Maybe I’m just not as good as I used to be
2 Ken Early: PSG would be sensible final move for Ronaldo
3 My sporting disappointment: Jimmy White and the elusive World Championship
4 The Offload: Joe Schmidt the influencer is due a second act
5 World Rugby push back on extending residency rule
Real news has value SUBSCRIBE
Crossword Get access to over 6,000 interactive crosswords