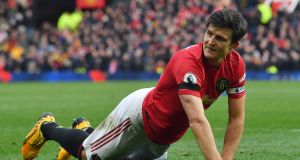 Liverpool goalkeeper Alisson Becker will miss out after being ruled out with a hip injury. Adrian will deputise for the Brazilian and captain Jordan Henderson will miss his fourth game with a hamstring injury but fellow midfielder Naby Keita is back after recovering from a hip problem.

Bournemouth could have Lloyd Kelly available after the defender, who has been troubled by ankle and thigh problems, returned to full training. On-loan midfielder Harry Wilson will not be eligible to face his parent club while David Brooks (ankle), Arnaut Danjuma (foot), Chris Mepham and Charlie Daniels (both knee) are out.

Arsenal will be without Lucas Torreira after the midfielder suffered a fractured ankle in the FA Cup win over Portsmouth last time out. Kieran Tierney (shoulder) is back in contention but Sead Kolasinac (shoulder) is absent, as are Cedric Soares and Calum Chambers (both knee).

Tomas Soucek has made a rapid recovery from injury to be fit for West Ham. The Czech midfielder suffered a hip injury against Liverpool a fortnight ago but is already back in contention. Andriy Yarmolenko is back in training but not ready to return, while Ryan Fredericks and Jack Wilshere are still sidelined.

Crystal Palace will welcome back Mamadou Sakho. The defender played 90 minutes for the under-23s on Monday and is likely to feature in the squad, while Jeffrey Schlupp has an outside chance of being included. The Eagles will be without Cenk Tosun and James Tomkins.

Watford will be without Daryl Janmaat and Gerard Deulofeu. Janmaat (knee) has not played since November 8 while Deulofeu suffered a serious knee injury during the win over Liverpool and is facing a lengthy spell on the sidelines.

Defender Enda Stevens will be back in the Sheffield United squad after missing the FA Cup fifth-round win at Reading with a tight calf. John Fleck was also absent but the midfielder is likely to face the Canaries.

Norwich could have defender Christoph Zimmermann in contention again following a hamstring problem. Forward Teemu Pukki and midfielder Alex Tettey have recovered from illness and Emi Buendia should be fit following cramp.

Southampton will have winger Moussa Djenepo available. The Mali international missed the defeat at West Ham after being given compassionate leave following the death of his mother. Stuart Armstrong is out following a concussion, Will Smallbone is laid low by illness and Nathan Redmond (hip) is sidelined.

Burnley will again be without injured trio Ashley Barnes, Matt Lowton and Johann Berg Gudmundsson. Striker Barnes is back in training following a hernia operation, full-back Lowton remains out with a knee problem while winger Gudmundsson continues to be frustrated with a calf niggle.

Jose Mourinho expects Hugo Lloris to be back in the Tottenham goal, having missed the last two games with a groin injury. Moussa Sissoko (knee), Harry Kane (hamstring) and Son Heung-min (arm) are still out.

Everton will be without full-back Seamus Coleman, who is expected to miss at least the next two matches with the thigh problem. Lucas Digne has recovered from a calf problem but Cenk Tosun has joined Morgan Schneiderlin (also knee) and Jean-Philippe Gbamin (thigh) as a long-term absentee.

Manchester United centre-back Harry Maguire is a doubt, having missed the FA Cup win at Derby after rolling his ankle in training. Aaron Wan-Bissaka and Daniel James have not trained this week with knocks so will also need checking but Marcus Rashford (back) and Paul Pogba (ankle) remain out.

Kevin De Bruyne is doubtful for Manchester City after falling awkwardly on his shoulder in the latter stages of the Carabao Cup final. Winger Leroy Sane (knee) continues to make progress. Defender Aymeric Laporte (hamstring) is still missing but Ederson will return in goal after sitting out the past two domestic cup games.

Jamie Vardy is expected to return to the Leicester squad. The striker has missed the last two matches with a calf injury but Foxes boss Brendan Rodgers is optimistic he will have his talisman back in contention. Leicester may be without left-back Ben Chilwell who is nursing a hamstring problem.

Aston Villa’s John McGinn is nearing a comeback from the fractured ankle which has sidelined him for three months, although will not feature on Monday. Boss Dean Smith has no other fitness concerns and could recall Pepe Reina after he was a substitute in the Carabao Cup final defeat to Manchester City.