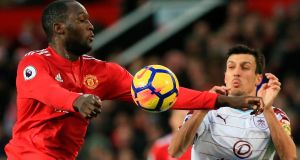 (All kick-offs 3.0pm unless stated)

Everton’s top scorer Wayne Rooney is available having recovered from the illness that ruled him out of the last two games. James McCarthy, who has not made a first-team appearance since October due to a hamstring injury, should be fit for selection as well, but Idrissa Gueye (hamstring) remains a doubt.

Chelsea will remain without David Luiz and Charly Musonda. Luiz is struggling with a knee problem while Musonda has a groin injury.

Stoke boss Mark Hughes has a defensive crisis to solve with Ryan Shawcross, Bruno Martins Indi and Kurt Zouma all out. Glen Johnson (knee) is also unavailable but full-back Erik Pieters could feature.

Huddersfield defender Chris Lowe hopes to recover from an ongoing foot problem in time to face the Clarets. Left-back Lowe sustained the injury in the recent win at Watford, but was forced off late on in the home draw against Stoke on Boxing Day. Head coach David Wagner has no new injury or suspension concerns.

Burnley expect to be without several first-team regulars. James Tarkowski completes a three-match suspension, left-back Stephen Ward (knee) is out and striker Chris Wood (leg) is not likely to be fit. Robbie Brady (knee) and Tom Heaton (shoulder) are long-term absentees.

Liverpool captain Jordan Henderson remains unavailable. He missed the Boxing Day win over Swansea with a hamstring injury and no date has been put on his return. Left-back Alberto Moreno could miss another three games with ankle trouble.

Romelu Lukaku looks set to retain his place in Manchester United’s team, despite Jose Mourinho insisting he is jaded. Mourinho said his striker is “tired” yet feels he cannot give him a rest. Anthony Martial and Matteo Darmian both returned to training on Thursday but remain doubtful with knocks.

Charlie Austin is unavailable for the Saints as he serves the second of a three-match ban. Ryan Bertrand (hamstring) faces a late fitness test, but Cedric Soares (ankle) will not feature.

Newcastle keeper Rob Elliot is out through injury. The Republic of Ireland international will sit out the game with a thigh problem and will be replaced by Karl Darlow. Midfielder Isaac Hayden is available after shaking off the knock which has kept him out of the last two games.

Izzy Brown returns to the Brighton squad. The on-loan Chelsea forward was ineligible to face his parent club in Albion’s 2-0 defeat at Stamford Bridge on Boxing Day. Boss Chris Hughton has a full-strength squad with the exception of long-term absentee Steve Sidwell.

Watford will check on midfielder Roberto Pereyra who was taken off just before half-time in the Boxing Day win over Leicester because of a leg muscle problem. Captain Troy Deeney is in the middle of a four-match suspension.

New Swansea boss Carlos Carvalhal could have Wilfried Bony available for the trip. Bony has missed the last two Premier League games with a hamstring injury suffered in Paul Clement’s final match in charge. Tammy Abraham could return to the starting line-up but Ki Sung-yueng (calf) and Kyle Bartley (knee ligaments) are likely to miss out.

Crystal Palace’s Yohan Cabaye is a doubt after suffering a knock in the 3-2 defeat by Arsenal. Should the midfielder not be passed fit to start, he is expected to be replaced by James McArthur, who took his place as a substitute during Thursday’s fixture.

Manchester City will check on defenders Vincent Kompany, Fabian Delph and John Stones. Kompany’s calf injury is not as bad as feared while left-back Delph could return after a minor muscle problem. Centre-back Stones is now back in training after 11 games out with a hamstring injury. The availability of playmaker David Silva, who has missed three of the last four games for personal reasons, is unclear.

West Brom’s Nacer Chadli has been ruled out for up to two months after the recurrence of his hip problem. The forward limped off in the 3-1 defeat to Stoke last weekend and is now unlikely to return until March. Salomon Rondon is a doubt with a hamstring injury.

Arsenal will remain without Olivier Giroud, Nacho Monreal and Aaron Ramsey. Giroud and Monreal are expected to be absent until mid-January, owing to respective hamstring and ankle injuries. Ramsey is also struggling with a hamstring problem.