All the latest updates on injuries and suspensions 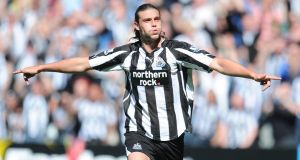 Leicester (5) v Tottenham (3), 12.30pm – Live BT Sport
Leicester have a fully-fit squad to choose from. Ben Chilwell was absent from training on Thursday as he underwent a recovery session indoors, but the England full back will be available for selection. Foxes boss Brendan Rodgers has the likes of Harvey Barnes, Ayoze Perez and Wes Morgan to call on should he wish to make any changes to his starting line-up.

Mauricio Pochettino is expected to recall Serge Aurier, Danny Rose and Son Heung-min for the trip to the east midlands. The full backs were left in England ahead of Spurs’ Champions League Group B opener at Olympiacos while Son was only introduced with 17 minutes left. Argentina international Giovani Lo Celso remains out for the foreseeable future with a hip injury, though, and Ryan Sessegnon continues to struggle with a hamstring problem. Juan Foyth appears to be close to a return after suffering an ankle issue in pre-season, although this match will come too soon for the defender.

Burnley (14) v Norwich (13)
Burnley could have Johann Berg Gudmundsson back for the visit of Norwich. The Icelander has been sidelined for nearly a month with a calf problem but has returned to training, leaving midfielder Danny Drinkwater (ankle) as the only absentee. Clarets boss Sean Dyche hinted last weekend at making changes to his side, with midfielder Jeff Hendrick, who scored the last-gasp equaliser at Brighton, among the leading candidates to come in.

Norwich will have Patrick Roberts available again after the on-loan winger was not eligible to face parent club Manchester City last weekend. Midfielder Moritz Leitner has recovered from a calf injury, while defender Grant Hanley has shaken off his groin problem, but back-up goalkeeper Ralf Fahrmann (groin) will not be involved. Full back Max Aarons (ankle) continues his recovery, along with midfielders Mario Vrancic (calf) and Tom Trybull (ankle). Captain Christoph Zimmermann (foot), defender Timm Klose and winger Onel Hernandez (both knee) are long-term absentees.

Everton (11) v Sheffield United (15)
Everton will again be without Andre Gomes for their Premier League clash with Sheffield United at Goodison Park. The midfielder failed a fitness test ahead of last weekend’s defeat by Bournemouth because of a rib injury and has not yet returned to full training. Jean-Philippe Gbamin (thigh) also remains sidelined.

Sheffield United will be without suspended striker Billy Sharp on Merseyside. Sharp received a straight red card for his challenge on Stuart Armstrong after stepping off the bench in last week’s home defeat to Southampton. Midfielder Mo Besic is ineligible to face his parent club, but Callum Robinson has recovered from a minor hamstring problem.

Manchester City (2) v Watford (20) - Live Premier Sports
Fernandinho is set to continue in central defence for Manchester City. The midfielder moved into the back four against Shakhtar Donetsk in midweek after John Stones (thigh) joined Aymeric Laporte (knee) on the sidelines. The pair both face lengthy lay-offs. City have no fresh injuries following their trip to Ukraine and midfielder Phil Foden should be available again after a stomach virus. Winger Leroy Sane (knee) is also still out.

Watford forward Isaac Success is set for at least a month out with a groin problem. Defender Craig Cathcart should return to training next week following a thigh injury picked up while on international duty with Northern Ireland.

Newcastle (18) v Brighton (16), 5.30pm – Live on Sky Sports
Andy Carroll is in line to make a second Newcastle debut after finally shaking off a troublesome ankle injury. The 30-year-old, who has not played since February, will be included in Steve Bruce’s squad provided he suffers no reaction to training on Friday following surgery, and he could be joined by French winger Allan Saint-Maximin, who has shaken off a hamstring problem. Full back DeAndre Yedlin is available for the first time this season following a procedure on his groin, but defender Florian Lejeune (knee), midfielders Sean Longstaff and Matt Ritchie (both ankle) and strike Dwight Gayle (calf) are still out.

Brighton right back Martin Montoya will be available again following illness for the trip to St James’ Park. Defender Bernardo has an outside chance of being in contention after taking a kick in training, but winger Leandro Trossard continues his recovery from a groin problem sustained while on duty with Belgium. Iran forward Alireza Jahanbakhsh and Nigeria defender Leon Balogun also picked up fitness issues during the international break. Midfielder Yves Bissouma (shoulder), Jose Izquierdo (knee) and Ezequiel Schelotto (knee) remain sidelined.

Crystal Palace (12) v Wolves (19), 2pm
Crystal Palace boss Roy Hodgson has reported no fresh injury concerns. Midfielder Cheikhou Kouyate has been passed fit from the ankle problem which forced him off against Tottenham last weekend, while centre back Scott Dann could return following a hand injury. Forward Connor Wickham (ankle) is set to resume training again at the start of next week and defender Martin Kelly (groin) also continues his recovery.

Diogo Jota is expected to return for Wolves at Selhurst Park after their Europa League defeat to Braga. The striker was replaced by Patrick Cutrone for Thursday’s 1-0 Group K loss but could be recalled on Sunday. Joao Moutinho and Romain Saiss are also pushing for recalls after being on the substitutes’ bench in Europe.

West Ham (8) v Manchester United (4), 2pm – Live on Sky Sports
West Ham’s long-term absentee Winston Reid could return for the under-23s next week or the week after. The 31-year-old has been sidelined since his knee injury against Swansea almost a year and a half ago, but could be nearing a return. Manuel Lanzini has a small problem, which will be assessed on Saturday. Arthur Masuaku will be unavailable after his sending-off at Aston Villa on Monday and is expected to be replaced by Aaron Cresswell.

Ole Gunnar Solskjær hopes to have Daniel James back against the Hammers, but the Manchester United manager again expects to be without Paul Pogba, Anthony Martial and Luke Shaw. James missed Thursday’s Europa League win against Astana due to a knock sustained against Leicester and will be assessed ahead of the trip to the capital. Solskjaer is not expecting Pogba (ankle) or Martial (thigh) to return on Sunday, while left back Shaw (hamstring) remains sidelined.

Arsenal (7) v Aston Villa (17), 4.30pm
Arsenal head coach Unai Emery is likely to make several changes. The Gunners beat Eintracht Frankfurt in their Europa League opener on Thursday, with Emery making seven alterations to the side which drew at Watford as the likes of Bernd Leno, Sokratis Papastathopoulos and Mesut Özil were rested. Sead Kolasinac limped off in Germany but should be fit and Rob Holding will be hopeful of involvement following a long-term knee problem – but Alexandre Lacazette (ankle) and Konstantinos Mavropanos (groin) are missing, while Hector Bellerin (knee) and Kieran Tierney (groin) are not in contention despite stepping up their respective comebacks.

Aston Villa welcome back Trezeguet after a ban for their trip to the Emirates. Matt Targett is also available following a hamstring injury and while James Chester is training again after his own hamstring trouble he is not match-fit. Jonathan Kodjia is in non-contact training but is out for a number of weeks with a broken cheekbone.

Chelsea (6) v Liverpool (1), 4.30pm – Live on Sky Sports
Mason Mount could feature for Chelsea. Mount limped out of the Champions League defeat by Valencia on Tuesday with a nasty-looking ankle injury after he was caught by a late challenge from Francis Coquelin, but boss Frank Lampard has not ruled out the young midfielder. N’Golo Kante has recovered from an ankle injury and his general fitness will be assessed. Callum Hudson-Odoi should return from his Achilles injury next week.

Liverpool goalkeeper Alisson Becker and midfielder Naby Keita have returned to training but are not yet in contention. Alisson has been absent since sustaining a calf injury 39 minutes into the Reds’ opening league match but has started individual sessions with goalkeeping coach John Achterberg. Keita, who has not played since the Community Shield because of a groin injury, has rejoined team training but striker Divock Origi (ankle) is unlikely to feature at Stamford Bridge.