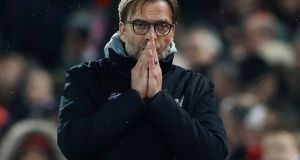 Liverpool’s outgoing CEO said a threatened break-up of the Premier League’s collective broadcasting deal “is still being debated” in the boardrooms of leading clubs despite the current model generating over £10 billion between 2016-19. The admission will alarm other top-flight clubs, who share the spoils of collective selling at home and overseas.

Ayre caused controversy in 2011 when he revealed Liverpool were leading calls for overseas TV rights to be sold on an individual basis. Despite fierce opposition within the Premier League, and Spain abandoning their individual broadcasting model last season, the Anfield official claims the idea is still alive.

“I think the Premier League is the beacon of success for all league football,” said Ayre, who has brought forward plans to leave Liverpool to the end of the month and agreed to become managing director at 1860 Munich. “The equalities that exist in it are right to a degree and the way it’s governed – I’m talking about the Premier League rather than English football. There’s so much that so many leagues can learn from the Premier League. There are still things to make better.

“I was supposedly very outspoken early on in my time here about whether the bigger brands in English football should share a bigger part of the spoils. I still believe that is true. At that time, I also said I thought that not doing that would have some effect on the decline of English football in Europe – that’s coming to pass.

Liverpool visit Hull City on Saturday with Jürgen Klopp admitting his team need to become more streetwise. Klopp was impressed not only by David Luiz’s free-kick when Chelsea drew at Anfield on Tuesday but examples of title-winning nous throughout Antonio Conte’s side. And he accepts Liverpool must catch up.

“I am not sure if you can force something like this on players but it’s a good thing to have in football,” the manager said. “If you are a clever side it is part of the football skills. They are more experienced and sometimes more clever or smart, however you want to say it, with the situation with the free-kick. In the end it is a great free-kick, too.”