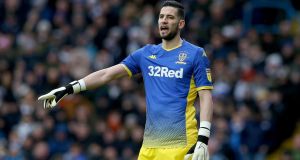 Casilla is unlikely to appeal but on Friday night the former Real Madrid player maintained his innocence, claiming he was “devastated” and did not believe the verdict was “a true reflection” of the incident.

An independent three-person FA regulatory panel found the 33-year-old Spaniard had racially abused Jonathan Leko during a game at Charlton in September.

It was alleged Casilla used the n-word at a corner but, unusually, the FA has delayed releasing its “written reasons” until next week. The goalkeeper consistently denied the charge and was supported at the hearing by evidence from Eddie Nketiah, the Arsenal forward then on loan at Leeds.

Leko, currently sidelined by a serious knee injury, had a key witness in Charlton’s Macaulay Bonne during a case in which input from lip readers is understood to have been used.

Leeds’ beef with a suspension that threatens to derail their bid for automatic promotion from the Championship is that the case was decided on balance of probabilities – the civil standard. They believe this is the wrong burden of proof for such a serious offence and would prefer to see the criminal standard “beyond reasonable doubt” applied. A middle way could be the “comfortable satisfaction of guilt” relied on by the court of arbitration for sport in doping cases.

“The FA panel has based its decision on the balance of probability rather than proving Kiko to be guilty beyond reasonable doubt, which we have always believed is the more appropriate burden of proof.”

Casilla, who has been an ever present in the Championship this season, will miss eight of Leeds’ remaining 11 games. He was also fined £60,000 and ordered to attend an education course. He will be available for selection again when Barnsley visit Elland Road on 18 April and in the interim the inexperienced 19-year-old Illan Meslier will deputise, starting at Hull on Saturday.

Meslier, who joined on loan from Lorient last summer, has made only one first team appearance, impressing during a 1-0 FA Cup defeat at Arsenal.

Casilla, who received a mandatory six-game ban plus two further matches, said: “I feel truly sad and devastated for being accused of making supposedly a racist comment. First, I want to express firmly that racism should not be tolerated neither in football, sports or in any other field in our society.

“With respect to the FA I fully respect and understand the obvious process to be taken to prosecute any accusation of racism. I totally agree with any prosecution in order to eliminate any trace of racism in our sport. Nevertheless I would sincerely like to mention the last five months have been the most difficult ones in my professional career and I do not feel at all that the guilty verdict is a clear reflection of the incident.

“I am sure that my family, friends, colleagues and the different technical teams who I have been working with for all these years in my professional career know I would never use my words with a racist meaning, and my respectful behaviour towards my opponents since I started my career has been honest and with the maximum sense of fairplay.

“I would like to deeply thank my club, Leeds United for its support during all this time, and above all, I appreciate the support of our amazing fans every week, whose warmth has strengthened me and made me feel stronger in the difficult moments.” – Guardian