Jürgen Klopp to be given substantial pot to overhaul Liverpool 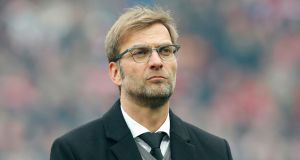 Jürgen Klopp is to be given substantial funds to overhaul his squad this summer after Liverpool’s latest accounts underlined the financial recovery under Fenway Sports Group.

Profit before tax was £60 million compared with £900,000 in 2013-14 but that figure was largely based on the sale of Luis Suarez to Barcelona in the summer of 2014 and has been reinvested in players such as Dejan Lovren, Adam Lallana, Emre Can, Lazar Markovic and Mario Balotelli. Notably, the accounts reveal Liverpool’s owners, FSG, converted £69 million of historic inter-company debt into equity and invested £49 million in the initial redevelopment of the Main Stand at Anfield.

The club’s net external debt stands at £47 million compared to £237 million when FSG acquired the club from Tom Hicks and George Gillett via the high court in 2010.

Ian Ayre, Liverpool’s chief executive, described the accounts as “a good set of numbers”. He said the growth, before a season that will bring record domestic broadcasting revenue and an increased capacity at Anfield, will support Klopp as he plans major improvements in the playing staff this summer.

Bayern Munich’s Mario Götze, the Udinese midfielder Piotr Zielinski and Leicester City’s young left back Ben Chilwell are all targets for a manager who has already recruited Schalke’s central defender Joël Matip and Red Star Belgrade’s playmaker Marko Grujic for next season. Klopp’s budget could be increased if he can offload Christian Benteke and Mario Balotelli, while Joe Allen and the out-of-contract Kolo Toure, Jose Enrique and João Teixeira could all exit.

Klopp has described himself as the “perfect solution” for Liverpool but predicted one club will never dominate the English game again because of the financial strength of the Premier League.

The Liverpool manager faces Manchester City for the second time in four days tonight still bruised by Sunday’s penalty shootout defeat in the Capital One Cup final but adamant his players will learn from the experience. And he believes his patience, work ethic and ability to withstand pressure makes him the ideal man for the job.

“I don’t know what other names FSG would have taken but I think I am a really perfect solution. I like this. I am patient enough to work for the moment and then we can change things.

Meanwhile, Manuel Pellegrini will select Raheem Sterling against Liverpool at Anfield despite the hostile reception awaiting the forward, with Manchester City’s manager clear the very best players must be able to handle pressure.

Sterling is returning to his former club for the first time since his controversial transfer in the summer. The 21-year-old attracted criticism for some of his comments before leaving Anfield for £49m.

During Sunday’s League Cup win Sterling was repeatedly jeered by Liverpool fans but Pellegrini has no fears about playing him.

“We’ll wait and see the starting XI but one player I’m sure will start is Sterling,” the manager said. “Players that cannot play in difficult environments will never be a top player. He’s a young man. He’s starting his career and knows how to deal with the pressure. He will receive the same treatment but I’m absolutely sure he can deal with it.”

Leicester City’s draw West Bromwich Albion last night leaves Pellegrini’s team 10 points behind the league leaders going into the match. The Chilean knows that even if they claw three of these back by beating Liverpool there will remain little margin for error.

“If the maths say you can do it, you must always trust you can do it. I am sure our team will continue growing from now until the end of the season,” Pellegrini said.

He suggested that Joe Hart would be reinstated for Willy Caballero following the Cup final. “It’s a very easy decision,” he said.