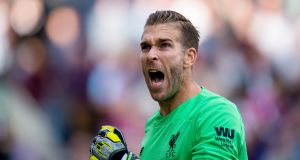 Liverpool goalkeeper Alisson will not play until mid-October at the earliest, Jürgen Klopp has said. The goalkeeper injured a calf in the team’s first Premier League game of the season.

“He’s improving but we cannot put any pressure on it,” the manager said. “It was a really serious injury in the calf and it’s now much better. That’s good for us and good for him but we don’t know exactly.

“The target was always after the next international break he could be ready but we don’t know. Hopefully everything will be fine for the rest of the season – that’s the plan.”

Liverpool play seven games between now and the October international break and face Manchester United in the first match after it, on October 19th. Adrian has been standing in for Alisson. – Guardian