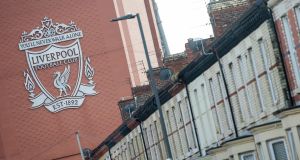 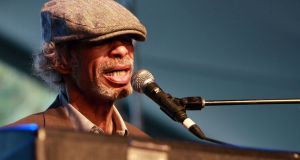 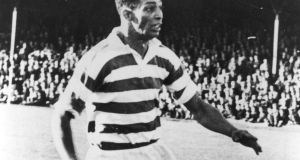 Gil Heron in action for Celtic in 1951. Photograph: Getty

Maybe Gil Scott-Heron got it wrong, maybe the revolution will be televised after all. It won’t be riots on city streets, though, it will be Manchester United versus Real Madrid on our screens in the European Super League that is coming our way if the economic powers at Old Trafford and Anfield, plus their willing henchmen, turn this week’s crack in English football into a permanent split.

The break-out plan was named Project Big Picture. Presumably this was to suggest the changes proposed should be considered horizon-busting innovations. What many of us see instead is pay-per-putsch. It was made to sound as if PBP is about the security and development of English football. What we heard was the privatisation of revenue streams. It was meant to be about broad domestic improvement. What we see is a narrow European advance.

For the few, not the many, this is what we see in so-called Project Big Picture. It was particularly insulting to read Rick Parry’s dismissal of Huddersfield Town in the Daily Telegraph: “How can Huddersfield have the same vote as Man United?” he asked, as if the term democracy had not been invented.

Yeah, what have Huddersfield ever given to English football bar Herbert Chapman, Bill Shankly and Denis Law?

Apparently, we are led to believe, even with this level of entitlement shaping their thoughts, and after months of back-room discussions about how they might hijack the future, the Liverpool and United men behind the PBP pyramid scheme quietly accepted the democratic objections of their fellow Premier League shareholders on Wednesday and set their document aside. That’s all right, then, the red devils said. So we were told.

Yet somehow it doesn’t feel like that. Somehow it feels as if the Big Six behind PBP have been allowed to declare their manifesto from the post office steps and their ideas are now airborne. Another draft of their document will rise again.

They have shown their face and the look on it says West Brom v Burnley on Monday is of no interest to them as a sporting contest or, above that, commercially.

They have put it out there that having to play Huddersfield or Norwich or Blackpool is not an example of the variety of English football’s pyramid, it is a chore, a low-income one at that. Again, what have Blackpool ever done for English football? Can’t think.

Rather than sharing collectively negotiated Premier League TV money, thus enhancing the competition’s sporting value, the owners and executives of Liverpool and United would prefer to carve off eight games a season to stream to their global fanbases on their own channels. This will enrich those clubs and take them further away from the likes of Barnsley or Swindon, one-time Premier League members. A few quid will be handed over to help such clubs through the pandemic, just as long as they don’t come back in five years with their tiresome small-town ambitions.

By then the Premier League would be 18 clubs, two up, two down (maybe) and on Saturday night it could be Liverpool-Dortmund or United-Juventus. That’s what they want but don’t have the guts to say. This is the revolution they wish to televise.

European football equals global income, which is why PBP detests the League Cup eating into the calendar. When Liverpool could be playing Barcelona, they’re at Bristol bloody Rovers and who wants to watch that?

In time the FA Cup would go too, be sure of it. You can imagine one of the Glazers muttering about non-League clubs such as Bishop Auckland – “and what have they ever done for United” - as they walk down the Munich Tunnel at Old Trafford.

The utter disregard for English football’s culture and tradition is a punch in the face.

And yet, had they gone about it differently, the poodles in the Premier League room might have gone along with the Big Six dogs. One of the most revealing lines coming out of Wednesday’s meeting was about the “process” the leaders of the conspiracy followed and its exclusivity. There were miffed chairmen at the table with egos hurt at having not been included in the secret talks. So not all about substance, then.

This is why these ideas, some if not all, can return. The Premier League has been destabilised by PBP. Even chief executive Richard Masters said: “I don’t think it’s irreparably damaged the Premier League,” which is quite a line from a normally bullish organisation.

But there is hope for those who feel instinctively dismayed, and there are many. First, these are people who cannot fix the roof at Old Trafford, cannot replace Alex Ferguson, who complain of inflation while handing Alexis Sanchez £390,000 a week and a “loyalty bonus” of £1.12m a year; these are people who gave Phil Jones a contract until 2023. They may not be the sharpest.

Second, there are the supporters themselves. English football has been sustained, from the bottom up, by fans’ cash for 140 years because it is authentic and varied. Once it isn’t, once it is contrived, monopolised and distorted beyond sport, those fans will walk away. That is power.

Gil Scott-Heron was delighted with himself. The great American musician was in Glasgow on the Scottish leg of a European tour some time around the late 1970s, though Scott-Heron wasn’t specific. He could be like that.

Anyway, the musical poet had been told that the Scottish dates of the tour had not sold well and that he had to go on local television to promote them. “You need to be there today for Glasgow At Five,” GSH was informed. “And be ready to talk about football.”

Scott-Heron knew why. His father - Gil Heron - had been possibly Celtic’s most unlikely signing post-war when, after impressing in an exhibition game in Chicago, Gil Heron moved to Parkhead. It meant leaving his wife, Bobbie Scott, and their one-year old son, Gil.

The distance between father and son was to remain but young Gil knew the drill when he was in Scotland. Although by the time he arrived at the studios, his Glasgow gigs had sold out, he out went ahead with the TV appearance. En-route, he stopped off at a sports shop where he bought “a Celtic scarf and a Rangers hat”. He took his delight in wearing them together on TV, “pretending not to notice the director and cameraman collapsing with laughter.”

It’s a happy memory on an Old Firm morning, when both sets of players will take the knee. It would have pleased the son of Gil Heron to know that when a recent enamel badge of the father was produced by Celtic fans, it too sold out.