Women’s Six Nations, Under-20s and November Tests will all be packaged together 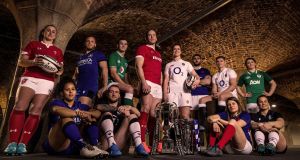 The move will make future negotiations with broadcasters and the ensuing scheduling less fragmented, ensuring that matches in the autumn window do not clash and that all the womens and Under-20 games are televised as well, which occasionally hasn’t always been the case.

In times past, the six countries did sell their autumn internationals collectively before England broke away to do their own deal in the 1990s, on foot of which Wales followed suit.

However, it would certainly help to make this proposed partnership more viable, as CVC would want control of the tournament’s commercial arm and the right to arrange the next broadcasting deal.

To this end, CVC wanted the Six Nations and the autumn Tests to be coordinated, and hence this in turn is probably the first step on the road toward at least some element of pay-per-view in the next broadcasting deal for the Championship.

The current TV deal expires in 2022, and the bulk of the TV income comes from the £90 million a year contract agreed with the BBC and ITV for split coverage of games in the UK.

All TV income is aggregated and then divided in line with a formula which sets aside 15 per cent for merit, 5 per cent based on the number of clubs per union and 75 per cent equally.

Six Nations games in Ireland and the UK are in Group B of the respective governments’ listed sporting events for broadcasting, which guarantees free-to-air broadcasters secondary rights. The home unions have resisted attempts to have the tournament upgraded, which would limit their games to terrestrial television and thus seriously reduce their bargaining power.

New co-ordinated deals for Ireland’s autumn Tests will start coming into effect next year, as the IRFU has already signed off on TV coverage of the games this coming autumn, with RTÉ in Ireland and Channel 4 in the UK.

This new agreement also increases the bargaining power of the six amid an ever-changing viewing landscape, with the likes of Amazon Prime and potentially Netflix and others entering the equation. Against that, the respective Unions and Federations will also be mindful of the damage, not to mention the public outrage, which would invariably follow from vastly reduced TV audiences.

In its statement on Friday, the Six Nations Council “announced a significant strategic agreement to further its sporting and commercial collaboration alongside its existing co-ordinated approach to the Men’s Guinness Six Nations Championship.

“From next season, all six Unions and Federations will be unifying the operations and media rights of the Women’s Six Nations, the U20 Six Nations, respective Autumn Internationals and other international tests alongside the Men’s Guinness Six Nations.”

“Formal engagements for media rights in the UK and Italy will commence shortly with other engagements involving other territories to follow in due course.”

Ben Morel, CEO Six Nations commented: “By working closely together and ensuring a combined approach to our overall operations and harmonising of our media rights, the Six Nations will be able to accelerate the development of the game. In doing so, we will remain true to our heritage while looking to attract and reach new audiences. This has been one of our key strategic priorities for some time and we are very pleased to make today’s announcement.”