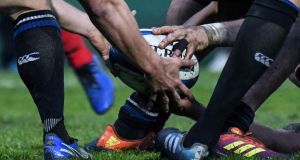 Rugby union authorities are likely to be forced into immediate safety measures to reduce the risk of lawsuits from current and future players, a leading brain injury lawyer has said.

The lawsuit that several former rugby players with dementia are poised to bring against World Rugby, the Rugby Football Union and the Welsh Rugby Union could take years to resolve, Ipek Tugcu of Bolt Burdon Kemp said, warning that the impact on the governing bodies, if found guilty of a breach of their duty of care, would be “astronomical”.

“The financial payouts per athlete could easily reach six-figure sums or more as they will need to cover all injuries and financial losses due to the injury.”

But Tugcu added: “Money aside, I would expect very swift and robust changes to be made to the game to fill in any gaps which could leave the governing bodies open to more legal action.”

The length and messiness of the impending lawsuits is likely to play out over a long period, with arguments brought from both sides of the still-fledgling science of neurology. “To win, the players must prove that they suffered brain injuries because the defendants failed to take reasonable steps to protect them from the known risk of brain injury. What is ‘reasonable’ will be determined by the information known, or ought to have been known, at the time of the events,” Tugcu said.

“This is not easy and will require consideration of volumes of documents to identify what information was available on the risks at the time, and evidence from independent medical experts regarding the link between the players’ brain injuries and any failings. It wouldn’t be unusual for this action to take years.”

One change that rugby’s authorities might institute swiftly is regular brain checks for its players. Dr Emer MacSweeney, chief executive and consultant neuroradiologist at Re:Cognition Health, a brain clinic which provides the latest in advanced DTI scanning, believes a brain “MOT” is necessary and feasible.

“Obtaining an early and accurate diagnosis in any brain condition is paramount to the subsequent management and treatment pathway,” she said. “Annual brain checks should become mandatory for professional players, to help safeguard against brain disease caused by contact sports.”

Ben Kay, a former England teammate of Steve Thompson, has expressed his sadness and alarm at his fellow World Cup winner’s diagnosis of dementia, but has called for balance as the story unfolds. Otherwise, “there’ll be a few thousand people sitting at home convinced they’ve got dementia cos they can’t remember a name or where they left their keys which will create a whole new set of problems,” he wrote on Twitter.

Chris Boyd, director of rugby at Thompson’s former club Northampton, said: “It’s very tragic for him that he was in a situation that he grew up in an era of rugby where the science didn’t show us about these things.” He added: “Culturally, the attitude towards a whole bunch of things in the world were quite different then than they are now, including in concussions.”