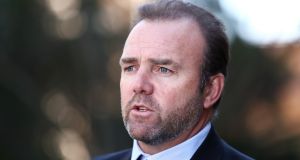 Hosts Rugby Australia (RU) and organisers Sanzaar have revealed a revised schedule for the 2020 Rugby Championship after bowing to pressure from the New Zealand Rugby Union (NZRU), with the competition now to kick off a week earlier.

Australia’s clash with New Zealand that was scheduled for December 12th will be played on October 31st after the NZRU objected to the original date as it meant their players would have to spend Christmas in quarantine due to the country’s strict Covid-19 travel restrictions.

The row over the scheduling had soured relations between New Zealand and Australia, RU chairperson Hamish McLennan admitted this week.

The teams are scheduled to play two Bledisloe Cup tests before the start of the competition, the first on Sunday followed by another clash on October 18th.

All matches involving Argentina and world champions South Africa will remain as scheduled, and the pair will now close out the competition on December 12th at Newcastle’s McDonald Jones Stadium. The game was originally scheduled for Sydney.

South African Rugby have still yet to officially confirm their participation though as worries over a lack of preparation time and player welfare persist, with the country’s domestic competition only set to start this weekend.

“This year has been a year of continued adjustment where the Sanzaar partners have had to compromise on a number of levels,” Sanzaar CEO Andy Marinos admitted in a statement on Thursday.

Australia was chosen to host the entire Southern Hemisphere championship this year. Argentina have already arrived in the country to start their preparations this week.