Pool D: Flying Fiji a big danger for Wales and the Wallabies 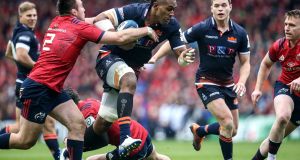 Fiji are reunited with Wales and Australia in Japan, after the three sides were placed in the same Rugby World Cup pool for a second-successive tournament. Four years ago the Pacific Islanders were unable to lay a glove on either side - this time, however, they will fancy their chances of causing an upset and earning a surprise place in the quarter-finals. Fijian rugby is currently in rude health, with John McKee’s side securing a landmark victory over France last November. Their 21-14 win at the Stade de France was a maiden success over Les Bleus, and their first win over a Tier One nation other than Italy or Scotland since 2007.

And Fiji have carried that momentum into their World Cup preparations, earning a first win over the Maori All Blacks in 62 years when the two sides met in Suva in July. That momentum was stalled slightly by an opening Pacific Nations Cup defeat to Japan, but they bounced back with wins over Canada and Samoa. McKee’s Fiji side play in a style befitting their heritage -they are fast and physical, stocked to the brim with powerful, exciting runners and with an often unplayable offload game. There is no shortage of experience either with the core of their squad - the likes of Leone Nakarawa, Bill Mata and Ben Volavola - plying their trade with some of Europe’s top sides.

Appointed as head coach in 2014, John McKee has steered Fiji to two consecutive World Cup appearances as well as four-successive victories in the Pacific Nations Cup, between 2015 and 2018. Under McKee Fiji have risen to 10th in the world rankings, above Argentina and Italy, and they look in a strong position to challenge the establishment in Japan. Kiwi McKee - who coached Connacht from 2002-05 - has already led Fiji to historic victories over France and the Maori All Blacks, and will be targeting more history against a vulnerable Wallabies side in their World Cup opener.

Dominiko Waqaniburotu captained Fiji in their historic win over France last November and has retained the role in the build-up to Japan - his leadership qualities emphasised by his side’s recent win over the Maori All Blacks. The 33-year-old Brive forward can play across the backrow as well as in the engine room. A dynamic, physical presence he has earned 46 caps since his debut in 2010. His experience will be key to side’s chances in Japan, as he provides an island of calm and discipline amid the fire, flair and fury of Fiji’s flyers.

Viliame Mata arrived in Edinburgh in 2016 with an Olympics gold medal around his neck, having been part of the Fiji side who won the Sevens competition in Rio de Janeiro that year. The 28-year-old has since gone on to cement his status as one of the most exciting talents in European rugby, and was named the Pro14 players’ player of the season at the end of the 2018-19 campaign. Mata made his 15-man Fiji debut in June 2017, and after a belated introduction to the international game has become a cornerstone of the side. In true Fijian style he mixes barnstorming ball carrying with unparalleled offloading ability.

A thrilling 38-34 victory over Wales in Nantes in 2007, which saw Fiji qualify for the quarter-finals at the expense of Gareth Jenkins’ side. The two teams meet again this year in their penultimate Pool D fixture.

Fiji head into the World Cup on the back of some of the finest results in their history and with real strength-in-depth - they will hope to catch the Wallabies cold in their opening fixture, paving the way for a place in the quarter-finals.