Pool A: Ireland have enough credit in the bank despite 2019 malaise 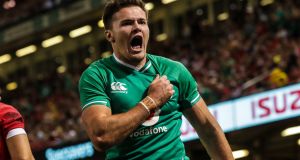 Defeats to England and Wales in the 2019 Six Nations Championship - and then a galling 57-15 loss to England at Twickenham in August - have moderated Irish expectations somewhat ahead of the Rugby World Cup. It was the manner of the defeats rather than losing that raised a few eyebrows, with Ireland struggling in particular to match England’s power game. A malfunctioning set piece has also added to the malaise but Joe Schmidt’s side still have too much credit in the bank to start being too skittish.

The Kiwi has made some key calls ahead of Japan, opting to leave one of his most trusted lieutenants in Devin Toner at home in favour of the fast-tracked South African Jean Kleyn, while Rhys Ruddock and Luke McGrath have made the plane ahead of Jordi Murphy and Kieran Marmion. Ireland need a handful of players to rediscover their best form, and to recapture the swagger of a golden 2018. If that materialises, and it’s a big if at the moment, they can eclipse previous achievements.

Joe Schmidt comfortably possesses the best winning record of any Ireland coach leading the country to three Six Nations Championships, a Grand Slam and two victories over New Zealand, a feat that hadn’t been previously achieved by the senior national side. The injuries that Ireland suffered in the World Cup four years ago prior to the quarter-final defeat to Argentina were hugely debilitating and he’ll be keeping his fingers crossed for a little bit more luck in that respect. He steps down after the tournament and would dearly love to add one more milestone to a brilliant time in charge.

Rory Best, who has played 118 times for Ireland, starting 97 test matches and scoring 10 tries, will retire after the World Cup, having celebrated his 37th birthday in August. He’s endured a rough time of late as performance levels dipped, his place as an automatic choice hotly debated. He made his debut in November 2005 against New Zealand and took over the captaincy of the national team from Paul O’Connell; he has led Ireland to two victories over the All Blacks, a Grand Slam – he was a member of the Ireland squad for another in 2009 – and has been an outstanding servant for Ulster and Ireland, while also touring with the Lions.

Jacob Stockdale has been a try scoring phenomenon since making his debut for Ireland against the USA on a summer tour in 2017, with his recent brace against Wales in Cardiff emphasising his importance to an Ireland side who are often too blunt in attack. Although he has played all his matches on the wing he may eventually revert to fullback where he was outstanding for an Ireland side that reached the Under-20 World Cup final. He has the physical presence and the kicking game to thrive there.

The closest Ireland came to a place in the semi-finals was in 1991, Gordon Hamilton’s try nudging Ireland ahead at Lansdowne with just minutes remaining against the eventual world champions. Michael Lynagh’s late try gave the Wallabies victory.

If they can beat Scotland in the opening match and see off hosts Japan, then they should be able to accelerate to a quarter-final place where they are likely to face South Africa. If Ireland finish runners-up then New Zealand are likely to await them. Injuries denied them a decent crack at the last four in 2015 and if they can avoid similar misfortune they then can break that glass ceiling as a minimum.