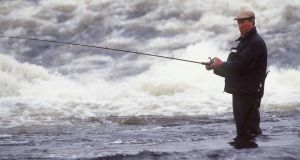 It was a big one, alright. When it comes to the death of a sportsperson there aren’t many out there who have had such a profound impact on the Irish nation as Jack Charlton. This morning we have plenty of coverage of his passing with a special commemorative supplement in today’s newspaper. There aren’t many better ways to haver lived your life than by making millions of people happy but that’s what Charlton did in those six rollercoaster years from Euro 88 to USA 94. This morning Malachy Clerkin writes that the outpouring of emotion over the weekend was as much mourning for Charlton as mourning for those great times. Over the course of those six years, Peter Byrne was there all the way reporting on Ireland taking our place at the top table of the biggest sport in the world and this morning he remembers Charlton, who he knew well and collaborated with on his World Cup diaries, as a sensitive and warm soul with a gruff exterior.

It’s been clear to see over the weekend just how much Charlton meant to his players and how much of an impact he had on them. Mark Lawrenson was part of the first few years of Charlton’s reign and scored the crucial goal in the qualifying win over Scotland in 1987. This morning he writes that searing honesty and a sense of always being in control is what defined Charlton during his time in charge. Over the course of the last two days the tributes have poured in from all corners on television and radio with Mary Hannigan describing it in her column this morning as a proper Irish wake for the man who gave the nation notions.

1 Covid-19: ‘Green list’ may shorten as Cabinet looks to tighten travel restrictions
2 David Trimble: After the big dinner in Oslo, somebody said why don’t we party together?
3 Why are there so many angry dads?
4 Is that concealer you’re wearing, Mr President? The rise of men’s makeup
5 Five Covid-19 clusters found among Irish fruit and vegetable growers
6 Vicky Phelan: ‘I hated being a mother – I would have gladly walked away from it’
7 Ethics watchdog backs staff called ‘lazy’ by FF’s Marc MacSharry
8 Netflix: 10 of the best new shows and films to watch in August
9 John Hume has place in pantheon of Irish nationalist leaders such as O’Connell, Parnell and Redmond
10 More than 40 test positive for Covid-19 on Norwegian cruise ship
11 John Hume, architect of peace process, dies aged 83
12 Dún Laoghaire home of renowned acting mentor Betty Ann Norton for €1.5m
13 Fintan O’Toole: Supreme Court has called time on government waffle
14 Owner of Dundrum Town Centre to sell prized assets
15 Coronavirus experience shows how Greece’s weakness is its sunshine
16 Tributes to John Hume flood in from Irish and international politicians
17 Seamus Mallon: I saw John Hume’s raw courage as he faced troop of bloodthirsty Paras
18 John Hume obituary: Nationalist leader who championed ‘agreed Ireland’
19 Maureen Dowd: The US president and the damage done
20 Fine Gael Senator is threatened with violence on social media following canvassing post
21 Coronavirus: Warning against blame game as 46 more cases are confirmed
22 24 hours in Bundoran: ‘The town is mental. No one expected it to be so busy’
23 ‘I’m pretty sure that if I had been somewhere else they would have just let me die’
24 Cholesterol-lowering drugs may not have much benefit, review finds
25 DUP’s Brexit ads: Who bankrolled the secretive £435,000 campaign?
26 Nuns hold marathon prayer relay for Covid-19 frontline
27 Most workers now expect ability to work from home part-time
28 Optimism fades for pubs under next lockdown lifting phase
29 Not for the birds: Keep your blueberries for these delicious oat slices
30 Róisín Ingle: I’m menstruating as I write this. And I’m mad as all bloody hell
31 Gerry Thornley: Irish system to face its acid test in front-loaded return
32 Phased reopening in German schools as classes judged unlikely Covid-19 hotspots
33 Biden attacks Trump over ‘bald-faced lies’ about voting by mail
34 Social worker overcomes poverty to graduate with master’s degree
35 Reopening of schools and colleges
36 Elderly parents living in property you own will save you on capital gains tax
37 More than 40% of help-to-buy recipients already had deposit
38 Misconduct claims in Department of Transport spark Garda inquiry
39 ‘I do the work and he takes the bows’: The women who use fake male assistants
40 On your bike: 12 reasons to get cycling
Real news has value SUBSCRIBE