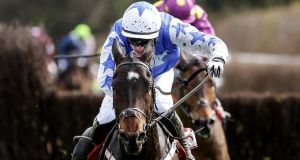 Horse Racing Ireland (HRI) has rejected criticism about failing to fulfil its statutory obligations in relation to the Supreme Racing Club controversy. The sport’s ruling body has banned Supreme Racing Club from making entries or declarations after allegations of financial misdemeanours from some of its members.

It means the Cheltenham Gold Cup favourite Kemboy is currently unable to line up in next week’s Ladbrokes Champion Chase at Down Royal which had been mooted by trainer Willie Mullins as an option for his first start of the season.

HRI took the step earlier this week after contacting Supreme in August requesting details relating to the ownership of each individual horse, including contact details and shareholdings.

When nothing was received the body informed the club, which was set up by Steve Massey and Jim Balfry in 2011, and reportedly has over 20 horses in training with Mullins, that they could no longer make withdrawals from their HRI owner account. On Monday that account was suspended.

Supreme Racing Club has up to 500 members who pay an upfront cost for a share in a horse and pay a monthly fee to cover costs. It is believed allegations include claims of shares in horses being oversold.

Galway based club member Martin Murray told he Irish Times he and others had been in contact with HRI for some time on the matter and accused them of not carrying out its statutory obligations.

He also said HRI had thrown ordinary members of the Supreme Racing Club “under the bus” by their decision to prevent horses from racing.

“That is wrong. They don’t have to affect the horses and the individual small owners because we’ve done nothing wrong,” he said.

HRI chief executive Brian Kavanagh stressed on Friday that investigations are continuing and that the priority is on trying to resolve the issue.

“We’re trying to sort out this situation and we’re awaiting information from the agents in the club that we deal with,” he said.

“A situation has been brought to our attention. We’ve decided it warrants further action and investigation. We’re doing that. We initially put a freeze on the accounts and then we suspended the registration until it’s clarified.

“That [horses not being allowed run] is a consequence of that action. But the primary purpose here is to resolve this dispute. And before you can do that you have to understand the facts and get to the bottom of it.”

A number of Supreme Club members are reportedly considering legal action on the issue with HRI considering that some of the allegations involved fall outside its remit.

“That’s the same as operates in other jurisdictions around the world. So the matter of legal ownership or a title to a horse is a civil matter between parties. That has always been the way,” Kavanagh insisted.

Mullins has said he is hopeful the problems within the club can be solved and the horses he trains for them won’t be affected.

“It’s an internal dispute within Supreme Racing that hopefully can be resolved over the next few days,” the champion trainer told the Racing Post.

The British Horseracing Authority has said it will reciprocate the ban. It is believed authorities in France will do the same.