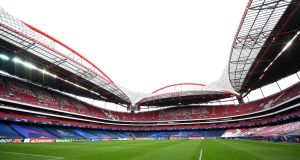 PSG are the first team into this year’s Champions League semi-finals after a dramatic injury-time comeback against Atlanta. The Italian underdogs had led 1-0 until the 89th minute, before Brazilian defender Marquinhos equalised for the French champions and in the third minute of added time substitute Eric Choupo-Moting turned the ball home to send PSG into the last four for the first time since 1995. There they will face either RB Leipzig or Atletico Madrid who meet tonight, in another one-off quarter-final in Lisbon. Kick off is at 8pm. Defending champions Shamrock Rovers will face Cork City in the only all-Premier Division tie in the second round of the FAI Cup following Wednesday’s draw.

Dublin football coach Paul Clarke has stepped away from Dessie Farrell’s management team with Ballyboden St Enda’s Director of Coaching Brian O’Regan coming in. Clarke was one of the links with Jim Gavin’s five-in-a-row All-Ireland winners, and a former All-Ireland winner himself as a player. There has been no elaboration on why he decided to leave. The GAA Museum at Croke Park has launched an extensive schedule of events to mark the centenary of Bloody Sunday later this year. Seán Moran explains that schedule will begin with the Museum Summer School this weekend, the programme will run until the 100th anniversary on November 21st.