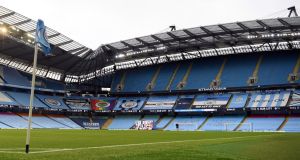 Andriy Yarmolenko’s last-gasp strike secured relegation-threatened West Ham a vital 3-2 Premier League win over Chelsea last night. The Hammers are now three points clear of the relegation zone, while Chelsea missed the chance to leapfrog Leicester into third place. Brendan Rodgers’ Leicester side were beaten 2-1 by Everton at Goodison Park, Newcastle were 4-1 winners over Bournemouth and Pierre-Emerick Aubameyang scored two in Arsenal’s 4-0 victory over Norwich. Tonight Liverpool play their first match as Premier League champions as Manchester City host them at the Etihad Stadium at 8.15pm, and the European and world champions are taking inspiration from the All Blacks as they aim to finish the season off in style. City’s Catalan manager Pep Guardiola has also confirmed his team will give Liverpool a guard of honour as they eneter the pitch tonight. Back here in Ireland and the FAI board will meet again this evening to consider the basis on which it was announced on Tuesday that the Airtricity League was to return. Emmet Malone has all the latest on those talks here.

Round four of salary talks between the IRFU and Rugby Players Ireland (RPI) has ended without an agreement. “Both parties are still working towards a solution,” read a joint statement on Wednesday. If a stalemate remains come the end of this month the current pay deferral scheme, ranging from 10 to 50 per cent of current salaries, with the highest earners taking the biggest cuts, would have to remain in place. The English Rugby Football Union changed its ticketing policy to reserve the first 28,000 for corporate contracts, meaning that unless the UK government allows for crowds of nearly 30,000 or more in the autumn, they will not be able to sell match tickets to supporters. A major blow for fans hoping to attend this year’s autumn internationals.

1 Coronavirus: 50 new cases as Glynn says phase four delay disappointing for many
2 Gardaí surrender 13 people to Polish police
3 Fresh investigation into the murder of Michaela McAreavey in Mauritius
4 ‘I wandered around Dublin wondering: Is this what they call a capital city?’
5 Funeral of John Hume hears peacemaker ‘gave dignity and life to so many people’
6 In Oz, Marianne would have told Connell: ‘Get stuffed, you gutless wonder’
7 Italy threatens Ryanair with flight ban for alleged Covid-19 violations
8 ‘My mother is a controlling, manipulative, narcissistic person'
9 Boy’s treatment by school over alleged thefts was ‘unbelievable’, judge says
10 ‘This was like a nuclear bomb’: More than 2,700 injured in Beirut explosion
11 Students to wear face coverings in lectures where two metre distance not possible
12 Irish in Canary Islands: Life has changed dramatically
13 Restaurateurs say new 11pm closing time is ‘a body blow’ to sector
14 Ford Kuga: Impressive plug-in hybrid SUV underlines motor giant’s renaissance
15 Beirut explosion: At least 135 killed as port officials put under house arrest
16 NPHET calls for ban on non-essential travel from countries with high Covid-19 rates
17 Ryanair and State agree accelerated hearing of challenge to travel restrictions
18 ‘I’m lucky to be alive’: Irish citizens describe Beirut explosion
19 Donohoe does not commit to specific compensation for pubs
20 Shooting soldiers in a handball alley: Amelia Stein’s The Bloods
21 Trumpism may be dying but is still dangerous
22 Five of the best foundations to try as the world comes back to life
23 Irishman in Malta postpones trip to Dublin after green list cut
24 ‘There were times I had to step outside to hide my tears, take deep breaths and then carry on’
25 BofI to cut 1,400 jobs as Covid-19 drives €937m loans charge
26 Two former solicitors remanded on bail after being charged with fraud offence
27 Gardaí find potential breaches of Covid-19 rules in 24 pubs
28 When Covid subsided, Israel reopened its schools. It didn’t go well
29 Sacrificing pubs for schools: Ireland’s latest Covid trade-off
30 John Hume obituary: Nationalist leader who championed ‘agreed Ireland’
31 Is Cameron Diaz’s ‘clean’ wine as revolutionary as she thinks?
32 Parents encouraged to ditch the car for ‘cycle bus’
33 Publicans ‘devastated’ that pubs will not open on August 10th
34 ‘Pat Hume did so much...Derry people know that, and remember that’
35 How to cook Domini Kemp’s favourite meal
36 Modi founds Hindu temple on site of razed mosque in Indian town
37 Ireland needs to move to ‘zero-Covid’ policy to avoid catastrophe, scientists say
38 Vicky Phelan: Postnatal depression made me hate being a mother
39 Shock explosion in Beirut shows how the unpredictable will challenge Europe
40 Why are there so many angry dads?
Real news has value SUBSCRIBE