Tokyo 2020 Olympic medals to be made from recycled donated metal 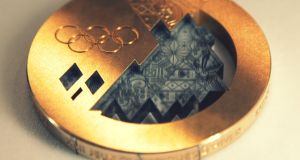 The medals for the 2020 Tokyo Olympics will be forged from recycled metal from old mobile phones and appliances donated by the general public to give them a sense of direct involvement in the Games, organisers said on Wednesday.

The move is also part of an effort to promote sustainability and save costs after the budget for the event ballooned to more than 3 trillion yen (€24.7billion) at one point, though organisers reduced that sum to $16.8 billion late last year.

The Tokyo 2020 organising committee hopes to gather as much as eight tonnes of metal – 40 kg of gold, 2,920 kg of silver and 2,994 kg of bronze – from outdated mobile phones and small household appliances donated by people across Japan.

This effort, the first of its kind for the Olympics, will ultimately result in two tonnes of metal, enough to make all 5,000 Olympic and Paralympic medals.

“There’s quite a limit on the resources of our earth, and so recycling these things and giving them a new use will make us all think about the environment,” Tokyo 2020 sports director Koji Murofushi told a news conference.

“Having a project that allows all the people of Japan to take part in creating the medals that will be hung around athletes’ necks is really good,” the 2004 Athens Olympics hammer throw gold medalist added.

“It will become quite a big memory for children, who think that something they gave may have been part of creating those medals.”

From April, collection boxes will be installed in local offices and the stores of telecoms firm NTT DoCoMo Inc, which will partner with environmental firm Japan Environmental Sanitation Center for the project.

The collection would end when the required eight tonnes were gathered, although further details still needed to be worked out, organisers said.