Slower winning times in London may be a good sign 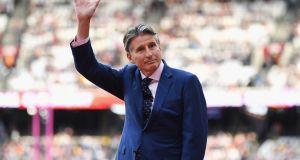 Samuel Johnson said when a man is tired of London he is tired of life. Eight long days and even longer nights into these World Athletics Championships and things are getting a little tiresome, but is there life in this old sport yet?

Sometimes it’s a wonder it still knows how to breathe.

And we’re not finished yet.

Whatever about those still premature laments about the death of track and field, London feels at least two days and two nights too long, and if the sold-out stadium and brilliantly enthusiastic crowds may suggest otherwise, wait until the show moves on to Doha, Qatar in 2019. In the still crippling heat of late September too, by the way.

It’s also feels like a long time since IAAF president Sebastian Coe, speaking of the eve of these championships, said the biggest challenge facing athletics is not doping; it’s the need to attract a younger and wider audience, to keep the sport relevant and appealing beyond the Olympic spotlight and occasional superstar such as Usain Bolt.

Coe – for all his aloofness – has hardly spoken any truer words. Even if one of the headline races here was greeted with sarcastic jeering more in tune with the pantomime days of the World Wrestling Federation, the doping crisis is no greater than it was coming into London. And Justin Gatlin, remember, is no more a two-time doper than Kerry footballer Brendan O’Sullivan is a one-time doper, and the sooner other sports take note of that the better.

But you don’t have to put these championships under a large microscope to discover that most winning times and performances across the track and field are markedly down on recent years, and without a sniff of a world record either. Not yet anyway.

That men’s 100m final was the slowest since Paris in 2003. Likewise with the men’s 200m, and there are similarly refreshing signs when a Venezuelan woman wins the triple jump and Tomas Walsh from New Zealand wins the shot put. The women’s 1,500m was heralded as an epic yet the winning time was just one second faster than what Sonia O’Sullivan ran to win silver in 1993, behind Liu Dong of China.

When the suggestion this could be partly explained by stricter anti-doping controls was put to certain athletes – namely Bolt and Gatlin – they got strangely defensive, as well they might. Conditions haven’t been unseasonably bad and thanks in further part to the continued absence of a certain Russian Athletics Federation there is some sense this is now a more level playing field, and yes other sports might want to take not of that too.

The suggestion that athletics is facing a further crisis by not having the post-Bolt personalities anymore is not necessarily shared by those within the sport. One of the issues with Bolt is that he owned the stage to the extent there was little room for anyone else. His exit won’t immediately elevate the likes of Karsten Warholm or Pierre-Ambroise Bosse but do you know who they are now?

There are still further challenges – the sight of Ramil Guliyev winning the men’s 200m a reminder that sporting nationality is still not always what it seems.

Guliyev had the gall to pick up by the both Azerbaijan flag (the country of his birth) and the Turkish flag (the country he transferred to in 2011) after his victory on Thursday, and while the IAAF have put a freeze on their transfer of allegiance rule to better understand why moves like that are allowed in the first place, Guliyev once again seemed to make a mockery of it all.

The outbreak of gastroenteritis at the team hotels, including where the Irish athletes were staying, couldn’t have been more ill-timed. Still the crisis that presented needed to be handled with everyone’s best interest at heart, not just Botswana runner Isaac Makwala, and for once the IAAF were damned if they did and damned if they didn’t.

And if they are serious about suing host broadcasters BBC for their biased handling of the issue they may not want to stop there.

Then again the IAAF might want to keep their legal purse closed until the Court of Arbitration for Sport (CAS) come back next month with the ruling on how to address hyperandrogenism, because no matter what decision they come to, that issue won’t suddenly go away. And depending on who you listen to that’s just another crisis waiting to happen.

There is also the sense that being in London these past eight days is sometimes a little different to the London being presented on TV, or indeed social media. A bit like what Con Houlihan said about missing Italia 90 because he was away at the World Cup.

It’s what Irish team manager Patsy McGonagle was trying to portray during the week, when in a cafe beside Tower Bridge, he talked about the “brutal” realisation of these championships in terms of the sheer magnitude of competition.

Coming into day nine, hosts Great Britain still boast only one more medal than Ireland (as in Mo Farah’s 10,000m gold), and for a country with publicly declared ambitions of winning between six to eight medals, that might well count as a crisis too, especially after Britain’s so-called legacy of London 2012, where they won 11 medals in track and field.

Ireland’s medal hopes in London aren’t quite finished yet, and it would be just like Rob Heffernan – or indeed Brendan Boyce – to save some face in Sunday morning’s 50km walk.

And that would be something; in the now 16 editions of these championships, Ireland has only ever won four gold and two silver medals – though not forgetting those three fourth places, right?

On the track meanwhile, even accounting for the unfortunate illness of Thomas Barr, Brian Gregan is our only top-20 finisher – 19th overall in the 400m; Barr ended up ranked 24th in the 400m hurdles, Mark English 34th in the 800m, Ciara Mageean 34th in the 1,500m, and Síofra Cléirigh Büttner 40th in the 800m.

“Speaking in general terms, I do think the culture around Irish athletics is getting soft,” McGonagle told me. “Right now we are actually achieving very well at underage athletics. And that’s brilliant, very encouraging. But how do we get from there... to this brutal world where we are here?

And with that he stretched his arms wide across the River Thames.