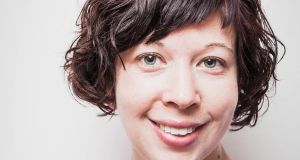 Sarah Shephard: “If you put it (women’s sport) on terrestrial TV the interest is there,” she argues.

At the risk of getting a cross-court backhand to the smacker it is tempting to suggest to Sarah Shephard that she should be grateful to Raymond Moore and Novak Djokovic.

Their comments last week couldn’t have provided timelier context for her new book Kicking Off about women’s sport.

It includes seven interviews with ground-breaking sportswomen and the first, presciently, is with Billie Jean King, who gives chapter and verse on tennis’s equal pay issue.

Another profiled is Becky Hammon, the former WNBA star who, in 2014, became the first full-time female assistant coach of a professional men’s team in America.

Yet Kicking Off is far more than a series of insightful and opportune ‘star’ interviews.

The tag-line is ‘how women in sport are changing the game’ and the book details the history of women in many sports while outlining the myriad interconnected inequality issues that still affect them.

All the main bones of contention are picked over, including the imbalances in participation, support, finance and media coverage.

Shephard (33) knows the issues first-hand. She is the features editor of Sport magazine, the British freebie distributed to commuters every weekend.

She doesn’t take any offence when you point out that, of its 58 issues since January 2015, only eight have had a woman on the cover.

“Yes, my editor always asks ‘are they recognisable enough?’ When we started in 2006 the only females we’d have had on the cover ever were tennis players but that has changed,” she stresses.

“And if you’d said to me in back then that we would have a female footballer (England striker Eni Aluko) on the cover (last June) I definitely wouldn’t have believed you.”

In America (women’s soccer’s stronghold) 24.5million watched the final (up from 18.2m in 2014) and England’s quarter-final was watched by an average of 1.7m in Britain.

“If you put it (women’s sport) on terrestrial TV the interest is there,” she argues. “People will always watch sport when it’s put in front of them. That showed that women’s football can do big things if given the opportunity.”

Yet Shephard’s book doesn’t skirt any of the hard issues.

In London 2012 42 per cent of the British team was female yet only 10 per cent of its coaches were women.

Her book discusses the thorny chicken-and-egg question of media coverage with some heavy hitters, like the Mail on Sunday’s Alison Kervin, the first female sports editor in Fleet Street.

Several point out that the ability to accurately measure media traffic nowadays offers some indigestible facts for campaigners for change.

“It is difficult to keep putting things up that aren’t being read,” the Guardian’s sports editor says starkly while the deputy sports editor of USA Today said they have actually cut some historic women’s sport coverage (eg college basketball) because online traffic simply didn’t warrant it.

She accepts audience size remains a core issue if women’s sport is to create the critical mass needed to swing more sponsorship and coverage.

But she still questions the inexplicable inequality and imbalance, like the female winners of British cycling’s junior road race championships getting less prize money than their male counterparts, or the fact that many of English rugby’s female world champions, while now on professional ‘contracts’ (reportedly £20,000 at most) earn less than the jobs they’ve left to train full-time.

Despite its title, Shephard’s book is balanced and provoking, full of fascinating history, statistics and informed opinion. It’s a must-read for anyone passionate about women in sport.

l Kicking Off by Sarah Shepard (published by Bloomsbury) costs €20 and is also available in eBook form.