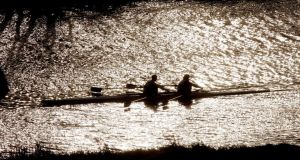 Niall Kenny, based in London, has opted out of contention for Ireland this season. Micheál Bailey steps up to take his place in the nominated Ireland lightweight four, joining Anthony English, Shane O’Driscoll and Mark O’Donovan. This crew will train this Wednesday to Sunday at the National Rowing Centre.

Sinéad Jennings will also be unavailable for the final Ireland trial on the weekend of March 21st due to a rib injury.

“We will nominate Claire (Lambe) and Denise (Walsh) to do the trial in March, with a view to going to the Europeans,” said Ireland lead coach Don McLachlan. “We will have a trial for a (lightweight) single and we will look to try and tie Sinéad in later, and maybe one of the other scullers as well. So we are looking at further testing after the European Championships.”

McLachlan was speaking from Varese in Italy, where a training group have experienced calm water and good conditions.

Back in Ireland, the Erne Head of the River hopes to benefit from similar conditions on Saturday in Enniskillen, though the wind is due to pick up in the evening. Over the last few years the event has provided a very good formline for the domestic season.

Rowing Ireland have been busy recently: they approved the sale of high performance equipment to the value of €50,000; decided that the hefty fee of €1,000 per athlete for the Coupe de la Jeunesse will not be reduced, and decided to address the problems of para rowing, which they say is at “a low ebb”.