Britain's Brian Cookson will become the next president of the International Cycling Union after defeating incumbent Pat McQuaid in a vote on Friday. He won by 24 votes to 18 following a controversial election. 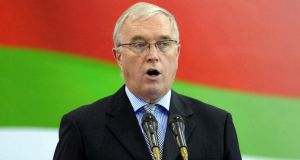 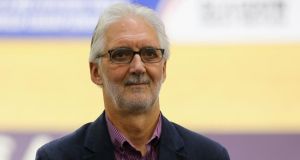 Britain’s Brian Cookson was elected president of the UCI in Florence on Friday. Cookson defeated Irishman Pat McQuaid 24-18 in a secret ballot.

Brian Cookson is the next president of the International Cycling Union after defeating incumbent Pat McQuaid in a vote on Friday. Cookson, president of British Cycling, won by 24 votes to 18, following a controversial election during which McQuaid’s eligibility to stand was queried by some.

Before the vote, today’s congress descended into farce as confusion reigned over McQuaid’s right to be in the running.

The Irishman had not been nominated by his home federation, as required by the UCI constitution, instead relying on support from Thailand and Morocco, which he had said was enough to make him eligible, a point later reiterated by two lawyers from Switzerland, where the UCI is based.

They said the 64-year-old’s nominations were legally valid. No details were given as to who had hired the lawyers.

After five hours of argument and apparent indecision it was down to Cookson to remind the congress what they were there for by saying: “We’ve had enough of this. I propose that we go straight to the vote between the two candidates.”

Following a confusing morning at the majestic Salone dei Cinquecento in Florence’s stately Palazzo Vecchio, the former residence of 16th century Italian politician Machiavelli, a planned vote on a change to the UCI constitution making it clear McQuaid could stand in the election plunged into chaos.

New Zealand delegate Richard Leggat suggested the vote on constitution changes be held next year after the federations had been consulted. Eventually, after heated debate, a few laughs echoed around the room as the 42 delegates agreed to a secret vote on whether voting on constitutional changes should happen.

Almost inevitably, the result was 21-21 and McQuaid agreed there would be no vote on constitutional changes because there was no absolute majority, leaving most of the media covering the congress in a state of confusion as to his eligibility.

An Algerian delegate, frustrated with the slow pace of proceedings told the congress: “Are we here to vote if we should respect the rules? It’s a lack of respect. We’re also here to see some cycling and we’re going to miss the (Under-23) race.”

In his final pre-election speech, Cookson made much of the fact there were no questions over the legitimacy of his candidacy, saying he was proud to be here “with the nomination of my national federation, of my national Olympic committee, and the backing of my continental confederation.”

Referring to doping scandals affecting cycling and allegations of corruption within the UCI, he added: “It has to stop”.

Starting his speech in French, McQuaid asked the delegates to vote for him so he could finish the job he had begun in 2005. “Together we have transformed our sport. I’m proud that cycling is now a global sport, with the most sophisticated anti-doping infrastructure,” he said. “You don’t change the captain of the ship when it’s headed in the right direction.”