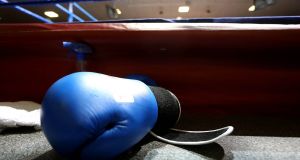 A letter sent by IABA national secretary Art O’Brien, seen by the Irish Times, claims young boxers (Senior Cadet Champions) have been warned of exclusion from the Irish team for the upcoming European Junior Championships if they do not attend a high performance squad session in the National Sports Campus at Abbotstown this weekend.

The letter outlines how the central council has already selected a full team for the upcoming championships, which take place in Russia, and that a full Irish team will be sent regardless of whether boxers attend the high performance session or not.

No individual is named from the high performance unit as having issued the letter.

Mr O’Brien states: “We have been acquainted with the contents of the communication which threatens young boxers with exclusion from the Irish boxing team in the event they do not present for squad training this coming weekend . . . Let us be very clear, the Central Council, as an elected body, is to develop boxing, to nurture participation and to support all within the boxing family to reach their full potential.

“Prior to the Europeans we have two internationals coming up against England and as already stated we have requested all boxers, champions and finalists, to attend for squad training at the National Stadium on Saturday next at 10.00am. All are requested to bring their passports.”

The dispute appears to be a reopening of be old wounds between high performance and central council and follows years of infighting at the association.

In a previous disagreement involving former coach Billy Walsh, Irish teams he selected were subject to change by central council. Walsh believed the coach in charge of the Irish team should be solely responsible for picking the team.

In this instance the IABA’s high performance unit are requesting that boxers turn up to the National Sports Campus with the IABA’s central council telling those same boxers there is no need to attend.

Following a power struggle after the 2016 Rio Olympics that split the association down the middle, conflict over where power continues to sit is again a hot issue.

The IABA national secretary ended his letter on a note of reassurance to the boxers concerned.

“We hope that the foregoing has reassured those who may have felt intimidated or threatened by recent communications from other sources,” he said.