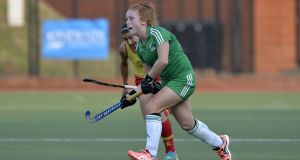 The Irish women’s team fly out to Malaysia on Tuesday as they finally get back into competitive action after an 18-month wait with the first stage in the World Cup qualifying bid.

They will play in World League Round Two from January 14th-22nd in Kuala Lumpur, looking to finish in the top two from the eight-team competition which ensures a ticket to Round Three, where the World Cup tickets will be doled out.

With a world ranking of 16, Graham Shaw’s side go into the competition as the second highest ranked team, with Italy, who are ranked 15th, the other big gun.

Ireland are placed in an initial group with hosts Malaysia, along with rank outsiders Kazakhstan and Hong Kong. But, despite being one of the fancied sides, Shaw says the timing of the competition has made preparation tricky.

“When the tournament is at this time, it’s incredibly difficult for European teams to prepare for it with the difference in time, weather and humidity,” he told The Irish Times.

No other opponents were available for challenge matches due to the Christmas break, and so regional camps were organised on December 22nd and 23rd, as well as on the 29th and 30th.

“We have got seven days in Malaysia to sharpen ourselves up pre-tournament. It’s certainly not ideal.

“But the girls are quite a self-driven squad. With nutrition and the requirements of being an elite athlete, the girls are well aware of what it takes when it comes to over-indulgence!”

It will be their first world-ranking event since July 2015 when they claimed the EuroHockey Champions Trophy, a month after missing out on a ticket to Rio by the thickness of a post.

Since then, players such as Emma Gray, Kate Dillon and Emma Smyth have formally retired, while Aine Connery has stepped away from the squad.

Shaw tried out a large number of new faces in the challenge matches in 2016, notably the Hawkes Bay Cup in New Zealand in April, where they beat Olympic-bound India and Korea.

Lena Tice and Zoe Wilson emerged as the new stars of the set-up and will form a new-look central defence. And Shaw believes that they will form the nucleus of the next generation.

“We feel now we are stronger across the board and across different lines. That’s been a real plus. The introduction of those younger players of that quality has been brilliant and we are excited about what they can do in the future.”

Another addition who will make her ranking tournament debut in January is Limerick’s Roisin Upton following two NCAA titles with the UConn Huskies. Her inclusion gives Ireland more options in midfield and defence.

She is also a player who can potentially replace captain Megan Frazer, the team’s star player, while she recovers from her cruciate knee ligament injury.

“Losing Megan is incredibly disappointing but players like Zoe, Roisin and Lena are able to do that role for us. Maybe down the road it allows us to use Megan further up the field.”

In Malaysia, there will be further tournament debutants in the form of Rebecca Barry and Clodagh Cassin. They will play pre-tournament friendlies against the host nation and then Italy on January 11th before the final lead-in to the formal ties, starting with Kazakhstan on January 14th.

1 ‘Magnificent’ Conor Connelly remembered after sudden death
2 My favourite sporting moment: When Zidane glided through Brazil in 2006
3 Karen Robinson Walton: I am looking at him. I say ‘Benjamin, what have we done?’
4 Favourite sporting moment? It’s a bit like choosing your favourite child . . .
5 A beautiful, happy accident - Moneyball is the best sports movie ever
Real news has value SUBSCRIBE