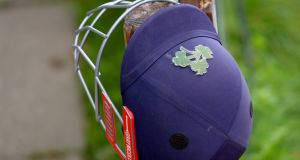 The cricket boards of Ireland, Scotland and Netherlands have reached an agreement to form a new European Twenty20 league that will be held from August 31st to September 22nd this year, the three boards said in a joint statement.

The tournament has been developed in consultation with the International Cricket Council (ICC), with the name of the tournament and the venues to be announced in April.

Six city-based franchise teams, two from each country, will play 30 group stage matches followed by the semi-finals and a final. Cricket Ireland chief executive Warren Deutrom confirmed that the two Irish franchises would be based in Dublin and Belfast.

GS Holding Inc and Woods Entertainment will organise the tournament under an initial 10-year agreement, with the matches set to be broadcast in global markets.

The rules state that each team must have at least nine domestic players and a maximum of seven overseas players in their squads. Six domestic players must be among the 11 on the field in each match.

The boards also said the national teams’ coaches and support staff will be allowed to participate with the teams as long as it does not conflict with their national duties.

With the World T20 qualifiers taking place in October in the United Arab Emirates, Deutrom believes the timing of the event will prove a big bonus to Ireland’s preparations.

“The global rise of T20 franchise cricket is a phenomenon within our sport, and there is no secret that Ireland’s performances at this format of the game have not been where we have wanted over the last few years. That, for us, was one of the prime motivators for such a competition – to provide greater opportunities for Irish players to play top quality T20 cricket,” said Deutrom.

“The ability to play alongside a range of experienced international cricketers will only benefit both the established and emerging Irish talent that will be involved over the next decade.

“For Ireland, the current proposition is that one franchise team will be based in Dublin and another in Belfast. This promises to be an exciting venture for Irish cricket fans and we all look forward to seeing the tournament get underway in August.”