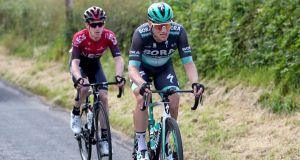 Although three months remain until the starting date of the Eurocycles Eurobaby Junior Tour of Ireland, the longtime race organiser Alice Sherratt has taken the difficult decision to cancel the race. The event was set to be held in Clare between July 14th-19th this year but has been shelved due to the Covid-19 pandemic.

“This type of decision is never an easy one to take but considering the nature of what is taking place globally and how the fight against Covid-19 is being managed in each country, there is too much uncertainty surrounding a timeline for the conclusion of the pandemic,” she said in a statement.

“Therefore, we are not prepared to risk the health and wellbeing of our teams and our volunteers at any stage in 2020 as a safe, risk free environment associated with hosting a multi-day international stage race cannot be guaranteed. The race against Covid-19 isn’t over until we cross the finish line and we have a confirmed result.”

Meanwhile it is hoped that the women’s Rás na Ban will still be run later this year.

“We had a committee meeting last week and our current position is that we’re still planning to run Rás na mBan on the scheduled dates, September 2nd-6th in Kilkenny,” said communications director Declan Quigley. “Obviously, that depends on the country opening up and racing resuming. As of now we’re full steam ahead.”

The organisers of the Rás Tailteann also still hope to hold their event, but recently stated that it would be delayed from the previously-announced June timeslot.