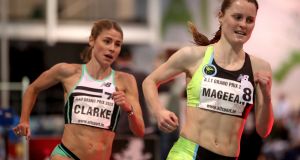 Athletics Ireland has agreed to stage the 2020 National Track and Field Championships over two successive weekends at the Morton Stadium in Santry later this month as a way of dealing with the extended Covid-19 restrictions on outdoor gatherings – thus maintaining their 147 unbroken years of history.

Originally set for the last weekend in June, the championships were first postponed because of Covid-19 and re-fixed the weekend of August 22nd/23rd, but entirely subject to the moving to Phase 4, and the increase in permitted numbers from 200 to 500 for outdoor gatherings.

When the government decided against that move last Tuesday, Athletics Ireland had to look for another solution, bringing forward the closing date for entries to midnight last Sunday night: with total entry numbers of just over 720, a meeting of the competition committee on Monday evening decided it would be possible to stage all events over four days, on two successive weekends, with two sessions likely each day, a sort of compromise and solution rolled into one.

With that they will continue the longest unbroken run of any athletics championships anywhere in the world: the government limit will next be reviewed in three weeks, beginning from this Monday, August 10th, which means it would have been August 31st before any potential increase, or the first weekend in September before that applies in the wider sporting context.

First staged on Monday, July 7th 1873, ironically postponed by two days because of bad weather, the national track and field championships have been moved around to a few different venues in the 147 years since, before settling at the Morton Stadium in Santry, but remain unbroken, even by two World Wars.

Even with an increase to 500, Athletics Ireland had intended to stage the 2020 Championships without any spectators, and over four separate sessions, two on the Saturday and two on the Sunday, clearing the stadium entirely between each session. Athletes based overseas wishing to take part must have completed 14 days of self-isolation prior to the event, and have proof of travel dates; it is expected these conditions will still apply.

It had been suggested that if the Morton Stadium was not capable of hosting the championships they might be broken up and taken to the provinces, although that option wasn’t considered necessary at this stage.

With a number of Irish athletes showing good form since emerging from the lockdown, including Ciara Mageean running a first ever sub-two minute 800 metres by any Irish woman, it gives some further incentive to a season already decimated by the postponing of the Tokyo Olympics.