Amateur cyclist gets four-year ban over cocktail of anabolic steroids 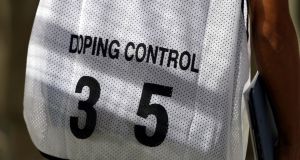 A cocktail of four different anabolic steroids found in the anti-doping sample of 47-year-old amateur cyclist Dale Walker has resulted in Sport Ireland handing him a four-year ban.

The veteran-class rider from the Phoenix Cycling Club in Belfast tested positive after winning the National Over-40 Road Race in Wexford in September of last year, Walker taking the victory in a bunch sprint.

However, the in-competition testing carried out on behalf of Cycling Ireland later revealed that Walker had four anti-doping rule violations (ADRVs), testing positive for the banned anabolic substances epioxandrolone, oxandrolone, 18-noroxandrolone and boldenone and/or boldenone metabolite(s).

In the 17-page reasoned decision released on Wednesday by Cycling Ireland and Sport Ireland, Walker did claim to have taken a variety of food and energy supplements, some ordered online, others purchased from the US, including those labelled as “Total War” and “Big Noise”, which he also claimed were recommended by his brother, and not researched by himself.

Both his A and B sample tested positive for the same four banned substances. However he was unable to prove that all four banned substances may have resulted from a contaminated supplement, and was therefore handed the maximum four-year ban. As it was his first offence, however, it will count for a single violation.

The period of ineligibility of four years commenced on November 5th, 2019, all of Walker’s results from September 15th, 2019 are also disqualified. The hearing was held under Article 8 (Disciplinary Process) of the Irish Anti-Doping Rules and this announcement is made pursuant to Article 15 (Public Disclosure) of the Rules.

The full decision can be viewed here.