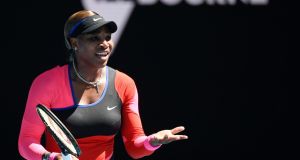 Manchester City have extended their lead at the top of the Premier League table to 10 points, after they ran out comfortable 3-1 winners away to Everton last night. Phil Foden scored the opener at Goodison Park, with Richarlison quickly equalising for the hosts. However second-half goals from Riyad Mahrez and Bernado Silva helped City extend their winning run in all competitions to 17. In the night’s earlier kick-off Burnley and Fulham played out a 1-1 draw at Turf Moor. In the Champions League last-16 Erling Haaland gave another glimpse of his frightening potential, scoring two and making the other as Borussia Dortmund recovered from an early setback to beat Sevilla 3-2 at the Ramon Sanchez-Pizjuan Stadium. Meanwhile a late Federico Chiesa goal has handed Juventus a lifeline, with Cristiano Ronaldo’s side going down 2-1 in their first leg away to Porto at Estádio do Dragão. Tonight Manchester United face Real Sociedad in the Europa League round of 32 - Ole Gunnar Solskjaer’s side are the away team in a fixture to be played in Turin (kick-off 5.55pm). Arsenal’s away tie with Benfica is being held in Rome (8pm), while Leicester and Spurs are also in action.

Serena Williams’s bid for a record-equalling 24th Grand Slam title goes on, after she was beaten in straight sets by Naomi Osaka in the Australian Open semi-finals overnight. A limited number of spectators were allowed in to witness an error-strewn affair at Melbourne Park, with 23-year-old Osaka cruising to a 6-3, 6-4 victory in the sunshine. Osaka has now won 20 consecutive matches and is one win away from her third Grand Slam title - she will meet America’s Jennifer Brady in the final, after she beat Karolína Muchová in three sets in their semi-final clash. After her defeat, an emotional Williams was critical of her performance: “The difference today was errors,” she said. “It was a big error day for me.” Later this morning Novak Djokovic meets Russian qualifier Aslan Karatsev for a place in the men’s final.

23 ‘We should have done better’: Cillian de Gascun, Paul Reid and Stephen Donnelly look back

29 Steve McQueen: ‘Calling me a political director is like calling me a male director’

31 Divers steal beer being aged by sunken ship off Argentina