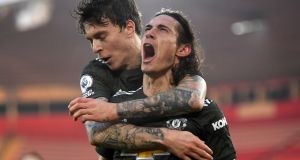 2018 winners Limerick are back in the All-Ireland SHC final, after they edged Galway 0-27 to 0-24 in yesterday’s second semi-final to set up a showdown with Munster rivals Waterford on December 13th. John Kiely’s side were made to work hard for their victory, with the Tribesmen - who saw Joe Canning stretchered off in the second-half - pulling level as the match moved into nine minutes injury-time. But Limerick had enough to get their noses back in front and secure their place in the final, with Waterford already awaiting them after their thrilling 2-27 to 2-23 comeback win over Kilkenny on Saturday evening. And this morning Nicky English has said he is unsurprised by the identity of this year’s finalists: “I know semi-finals are for winning but for me it’s a worrying sign that on the form line through Tipperary and Galway, Limerick look to be slightly regressing - or at least not to have improved since beating Tipperary so comprehensively - while Waterford have been improving all the time. We do know though that Limerick have a high ceiling. This year’s All-Ireland final is going to be a brilliant conclusion to the strangest of years.”

Edinson Cavani came off the bench to complete a fine comeback for Manchester United at Southampton yesterday, with Ole Gunnar Solskjaer’s side overturning a two goal deficit at half-time to run out 3-2 winners on the south coast. Jan Bednarek and a James Ward-Prowse free-kick had given the Saints a 2-0 lead at the break but Bruno Fernandes pulled one back before a late, headed Cavani double gave United an important three points at St Mary’s. Later in the day Tottenham Hotspur returned to the top of the Premier League table after they played out a dull 0-0 draw with Chelsea at Stamford Bridge. Meanwhile Arsenal’s poor run of league form continued as Wolves ran out 2-1 winners at the Emirates despite seeing Raul Jimenez stretchered off with a head injury in the first-half. There are two top flight fixtures tonight, with Leicester taking on Fulham (5.30pm) and West Ham at home to Aston Villa (8pm).