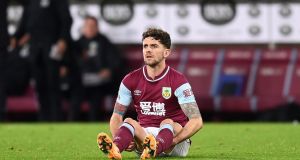 Could a blast from the past provide a blueprint for the future? There have been some eye-catching results in this year’s All-Ireland football Championship, with some big names falling by the wayside earlier than planned due to the knockout format. And in his column this morning Kevin McStay has suggested a knockout Championship could be a “solution for the future,” in the wake of famous wins for Tipperary and Cork at the weekend. He writes: “Because we have to ask ourselves: what is this thing, the All-Ireland championship? Is this some kind of money spinning entertainment or is it still what it was originally conceived as: a national cup competition in which the best team emerges.” Meanwhile Louth have announced three-time All-Ireland winner Mickey Harte as their new manager on a three-year term. The blockbuster appointment comes less than two weeks since Harte departed Tyrone after 18 years in charge, and he will also take over the under-20s, with long-term number two Gavin Devlin alongside him.

A noticeable factor in Ireland’s 18-7 defeat to England at Twickenham on Saturday was the set-piece, with Maro Itoje repeatedly spoiling the visitors’ lineout ball, particularly whenever the English whitewash was in sight. And in his column this morning Gerry Thornley has asked if Ireland need to revise their previously lucrative gameplan of kicking penalties into touch in search of tries. He writes: “It has largely remained a profitable go-to tactic but the Irish lineout is no longer the secure platform it used to be. Defensive mauls, helped by law tweaks, are better able to repel catch-and-drives, excepting teams such as Georgia.” Meanwhile Owen Doyle has suggested referee Pascal Gauzere failed to get to grips with the breakdown at Twickenham: “English bodies persistently slowed down Irish possession, and the referee tried a blend of management, prevention and sanction. The course of action needed was to sharpen his whistle and penalise mercilessly to achieve the necessary change in player behaviour and to enable fast ball.”