So, it’s back to business for me this week after three weeks away from tournament golf 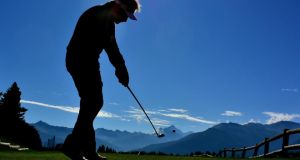 I bumped into Pádraig Harrington on the seventh tee during yesterday’s pro-am for the Omega European Masters at Crans-sur-Sierre, which gave me the chance to congratulate him on his vice-captaincy call-up for the Ryder Cup. “You’ll be spending the week making coffees for Thomas Bjorn, ” I told him, which brought a smile to his face.

More seriously, I don’t think anyone was surprised to hear that Pádraig has been brought on board. Himself and Paul McGinley are very close, go back a long way, and Pádraig’s experience in the Ryder Cup means he will bring a lot to the team room. More than simply making coffee, that’s for sure!

Although all of the qualifying is over and the other pieces of the jigsaw have fallen into place, with the wild card picks and confirmation of the vice-captains, there’s definitely a Ryder Cup feel-good factor here this week in Switzerland.

I got to Crans on Tuesday lunchtime just as the announcements about the wild cards were being made and everyone I talked to was delighted for Stevie G. It is great to see someone who has been so loyal to the European Tour down the years get his just rewards and I don’t think anyone can argue against his selection. He deserves it, has supported the tour for a long number of years and will continue to do so into the future.

Nothing too extreme, I can assure you, but what a brilliant place to escape to for a few days. And then I got to attend both All-Ireland football semi-finals, brilliant games.

I have practised hard as well as getting some down time and I found myself looking at the golf in Italy on TV and itching to get back out again. I achieved what I wanted from the time off and am looking forward to the coming months.

I’ll definitely be playing nine of the next 11 weeks and there’s a possibility of also getting into the Volvo Matchplay at The London Club which would actually make it 10 of the next 12 weeks, so there’ll be a lot of Race to Dubai points and world ranking points on the line right to the end of the season.

You’re standing on the tee looking up at the Pleine Morte Glacier and across the valley to the mountains and it really is different to anywhere else on tour.

To be honest, I haven’t played too well on my previous visits to Crans. I don’t know why, because it really should suit me with such an importance on the short game. Anyway, it doesn’t make pretty reading. Three missed cuts - in 2009, 2010 and 20111 – and a best finish of tied-49th in 2012. I didn’t play here last year but I hope to do well this week and to keep the momentum going from a good run of results through the summer.

It really is a lovely place to come and play golf. The course is a bit funky but they’ve made changes in the last couple of years – adding hazards, changing the layout a bit – and it is now a better course.

It’s a tough week for players and caddies to get the clubs and yardages right but I’ll credit my caddie Dermot Byrne for coming up with the idea of using a metres book. Sometimes it is hard to get your head around hitting a seven-iron 210 yards, so when you do it as 190 metres it is easier to make that mental adjustment and to hit the shot.

You have got to be wary of the change in temperatures too. I was out in the pro-am at eight o’clock yesterday morning and the ball wasn’t going quite as far. Four or five holes into the round and it was going the full distance. You have to be aware of what’s happening and the conditions you have.

I must say, I have been please with how I have been hitting the ball since I got here. Maybe the rest has helped. Or maybe it’s because of the new arrival into the family: my sister Sinead and her husband Niall had a new baby on Monday.

I was actually due to fly out to Switzerland that day but delayed going until Tuesday so that I could go and visit Sinead and see my nephew Cian. It was a great way to start the week and hopefully I can bring back a nice present on Sunday night.