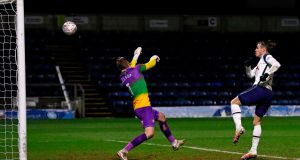 It’s that time of year again when the Six Nations rolls around and each country sets out their stall. While – as with everything these days – there is much uncertainty surrounding this year’s competition, Andy Farrell’s squad selection yesterday made for some interesting reading with Jack Carty once again one of those faces that just doesn’t seem to fit. “In the heel of the hunt, one senses that Stockdale apart, this is the squad Farrell and his assistants would have wanted all along,” writes Gerry Thornley. One of the names returning to the squad is that of Tadhg Furlong who has been missing from competitive action for 11 months but could make a return for Leinster this Saturday against Scarlets. That match, as with all matches these days, will be played behind closed doors and in his column this morning Gerry Thornley writes that, in the absence of fans, these games become glorified training sessions with the Munster v Leinster derby on Saturday a prime example.

Moving on and yesterday saw the end of Frank Lampard’s time as Chelsea manager as he became the latest boss to get the chop at Stamford Bridge with Thomas Tuchel lined up to come in as a replacement. Things had been going from bad to worse for Lampard lately after an impressive start to the season but the former midfielder can feel somewhat hard done by, as David Hytner writes, after he was afforded very little time to arrest the slump. Last night Spurs rounded off the FA Cup fourth round with a 4-1 win over Wycombe Wanderers but it was not without difficulty as they were forced to wait until late in the game before finally breaking down the home side’s resistance.

8 Before you buy an electric vehicle, ask: Will I drive it enough to make it eco-friendly?

12 Finn McRedmond: Wokeness is dying, another victim of the pandemic

23 Joey Carbery on the Munster bench again for Connacht clash

25 Long Covid in children: New data is cause for concern, scientists say

40 Nanny state? After the mess here in Texas, I’d give my right arm to live in one