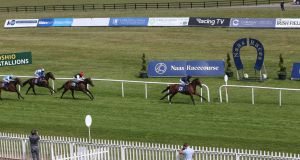 This morning Gavin Cummiskey has lamented rugby’s ‘cosy cartel’, and called for Irish players to support their peers in the Pacific Islands. He writes: “The current generation of Irish professionals are all about developing into leaders. They might feel inclined to influence the direction their industry is about to take.” However, with the coronavirus crisis putting a serious drain on the game’s finances across the globe, he suggests the frightening potential of Fiji, Tonga and Samoa will remain untapped. “All the wealthy rugby unions are in the red. Their planned recovery will probably destroy the slim chance of the Pacific Islands ever evolving into three freakishly talented squads that would radically enhance international competition.”

Meanwhile Manchester United great Tony Dunne has died aged 78. Dunne was a key part of Matt Busby’s 1968 European Cup winning side, who famously became the first English team to win the competition after defeating Benfica 4-1 at Wembley. Dunne, who earned 33 caps for the Republic of Ireland, joined United from Shelbourne in 1960 and went on to make 535 appearances during 13 years at Old Trafford - the eighth-highest in the club’s history.

1 Bolsonaro experiencing Covid-19 symptoms, says CNN Brazil
2 Telling people not to travel overeas on holiday is wrong-headed
3 Tipping Point: DeChambeau’s transformation raises questions, but who will ask them?
4 John Cleese has a faulty sense of humour about the Irish
5 Probiotics that aid benign gut bacteria ‘may help ease depression’
6 Florida vista ‘grim’ for Trump, Republicans claim
7 Fintan O’Toole: Young Micheál Martin had courage to face dark truths
8 Sinn Féin suspends party activity in Dublin SW following Holohan mayor nomination
9 ‘This is simply disgusting’: Holidaymakers struggle amid mixed messages
10 Minister for Children condemns ‘homophobic’ attacks from ‘far-right’
11 With Megxit a dimming memory, Kate Middleton ‘has a good lockdown’
12 Certain pubs ‘blatantly breaching’ Covid-19 regulations
13 The strange tale of the cigarette lighter that spread coronavirus around a city
14 Why gift a son now if it eats into his tax-free inheritance threshold?
15 Big Four told to outline plans for audit split in UK by October
16 Ghana offering African Americans the chance to move to Africa
17 Man (21) charged over shots fired at gardaí in Cork
18 Coronavirus: No further deaths reported as doctor warns second wave ‘weeks away’
19 Coronavirus: Four new cases but no deaths reported for second day in a row
20 Cabinet extends advice to avoid nonessential travel until July 20th
21 Lives on hold: How coronavirus has affected the women porters of Melilla
22 Gut microbes linked to Irish Travellers ‘confer health benefits’ - study
23 Three senior Kinahan gang members facing up to life in prison in the UK
24 ‘We are worried’: Taoiseach warn plans to reopen all pubs on July 20th may be delayed
25 Tom Hanks on Covid-19: ‘I had crippling body aches, was fatigued all the time and couldn’t concentrate’
26 Netflix has revealed its most-watched content. You might be surprised
27 World View: Ireland weaponised by London in Brexit talks
28 Monica Seles: The warrior queen who could have been the best ever
29 Direct provision pupils: ‘We can’t stay late at school or do anything in town’
30 Satay noodles: An antidote to bland pasta salads
31 The Irish Times view on the dual threat of coronavirus and Brexit
32 Patrick Mahomes reported to have signed 10-year $400m deal with Chiefs
33 Fifth of drinking water supplies ‘vulnerable to failure’
34 EU hacking operation ‘like having an inside person in every top organised crime group’
35 ‘My girlfriend has put on weight and I’m not attracted to her any more’
36 Taoiseach had ‘no idea’ Barry Cowen was convicted of drink driving in 2016
37 Harry and Meghan say past must be acknowledged even if it is ‘uncomfortable’
38 ‘Where are you really from?’: Growing up black in Ireland
39 Spanish officials seek to reassure in spite of new Covid-19 restrictions
40 Stocktake: Playing poker with the day traders
Real news has value SUBSCRIBE